NTUNGAMO – Ntungamo Municipality MP Gerald Karuhanga has on Monday, April 27 ran to the rescue of the people he represents in the House with 21 tones of posho and 200 litres of diesel all worth Shs50,540,000 million.

According to the legislator, the distribution of posho which will commence tomorrow, Tuesday, will see each person in the municipality receive 4kgs.

Hon. Karuhanga is an Independent legislator, serving his second term in the House. The first term he was serving as the Western youth MP.

On April 20, Karuhanga and his colleague, Erute North MP Jonathan Odur petitioned the Civil Division of the High Court seeking to block the controversial Shs10b allocated to MPs to help them fight the spread of COVID-19 in their respective constituencies.

Represented by A.F Mpanga and Company Advocates, the legislators argued that Parliament was wrong and selfish to allocate money to themselves. 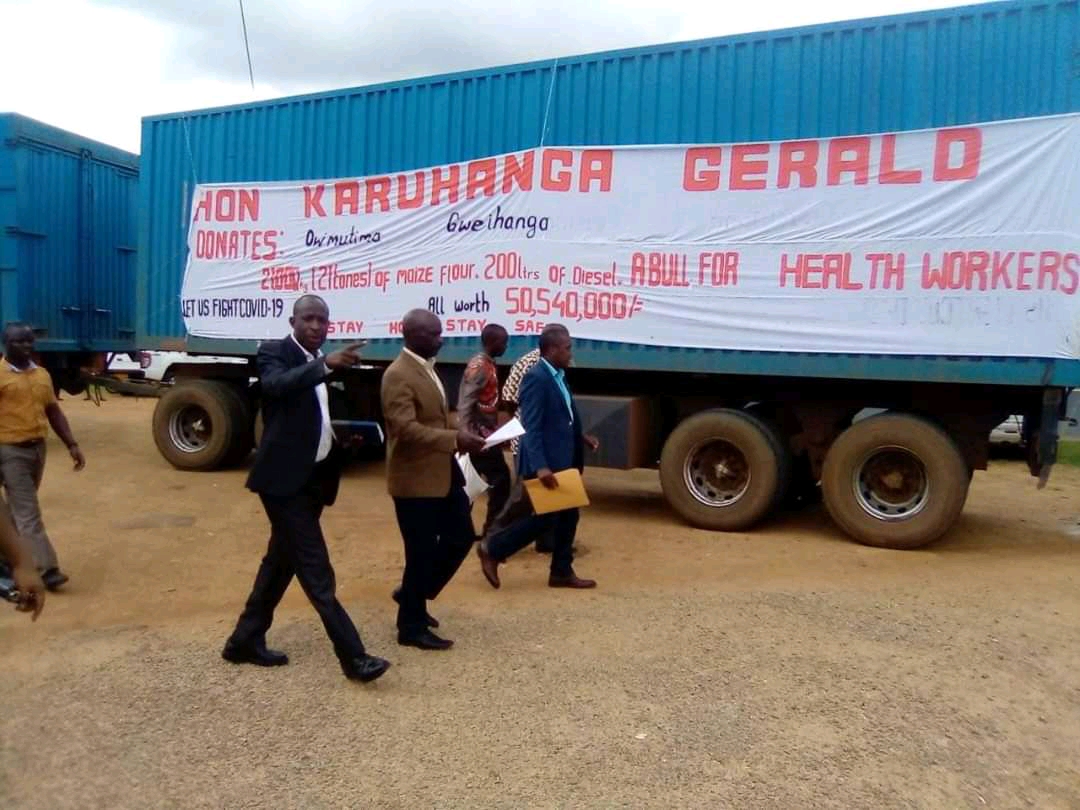 Following this, High court Judge Esta Nambayo ordered that Shs10b Parliament had allocated to MPs, with each expected to get Shs20b should not be distributed pending the ruling.

In her ruling, Justice Nambayo said that no MP should use this money until April 29, 2020 when the case filed by Gerald Karuhanga (Ntungamo Municipality) and Jonathan Odur (Erute County) against the Parliamentary Commission and the Attorney General will be heard and disposed of.

However, this did not Speaker Rebecca Kadaga happy, who did not only disobey the court order but also threatened to take the MPs (Karuhanga and Odur) to the disciplinary committee.