Outsmarted! MP Karuhanga and his lawyers left holding the can as move to block pay for MPs arrives too late to block the pay

KAMPALA – The Tuesday High Court ruling ordering the Parliamentary Commission to ensure the shs20 million each is not sent to the MPs’ accounts is tettering on the brink of collapse after it emerged that the legislators have already received the money.

Ms Jane Kibirige, the Clerk to Parliament, in a communication, said the money was paid to MPs on Friday, April 17. 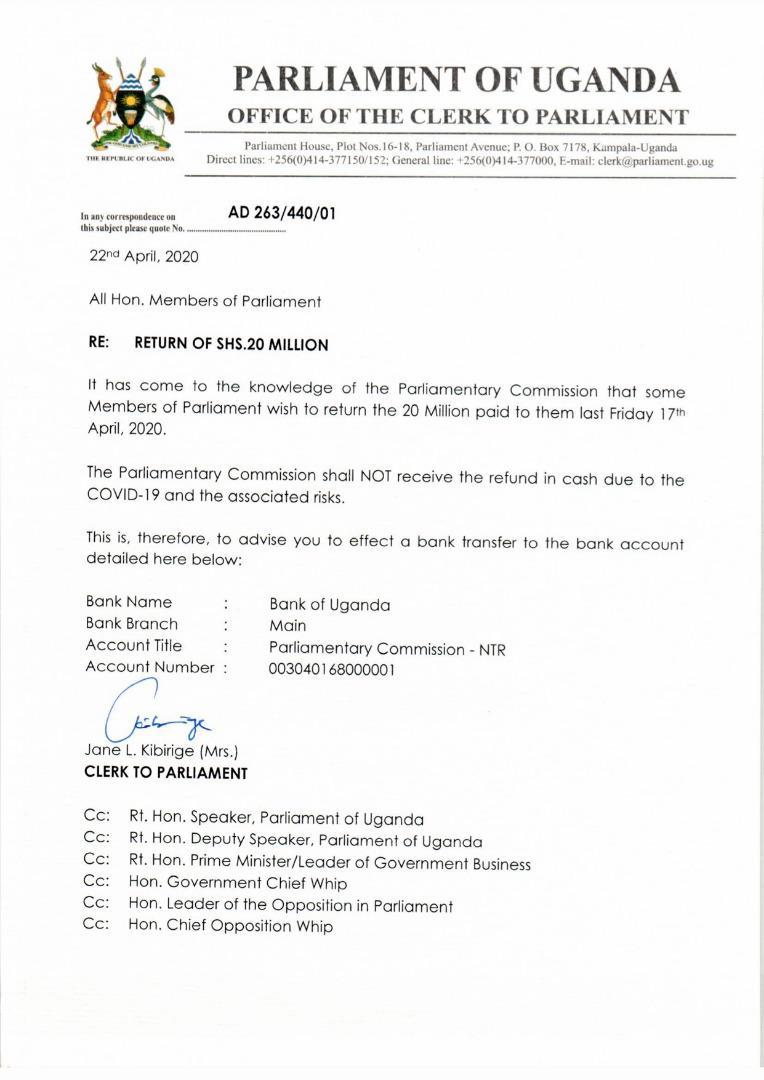 “It has come to the knowledge of the Parliamentary Commission that some Members of Parliament wish to return the shs20 million paid to them last Friday, April, 17, 2020,” Kibirige’s letter to all MPs reads in part.

The Clerk to Parliament however has asked legislators willing to return the money to effect a bank transfer to the Parliamentary Commission bank account rather than refunding it in cash.

High Court judge, Esta Nambayo had on Tuesday also ordered that if Members of Parliament have already received the money, they should not spend it but rather wait for the court decision on the matter.

MPs have over the last week been in the spotlight for the allocation, which was on Tuesday, April 21 temporarily blocked by the High Court. Each MP is supposed to receive Shs20m of the money.

The Cabinet meeting for Monday, April 20, was heated, with President Museveni grilling his ministers on how they looked on as MPs allocated themselves Shs10 billion of the supplementary budget meant for COVID-19, PML Daily has learnt. 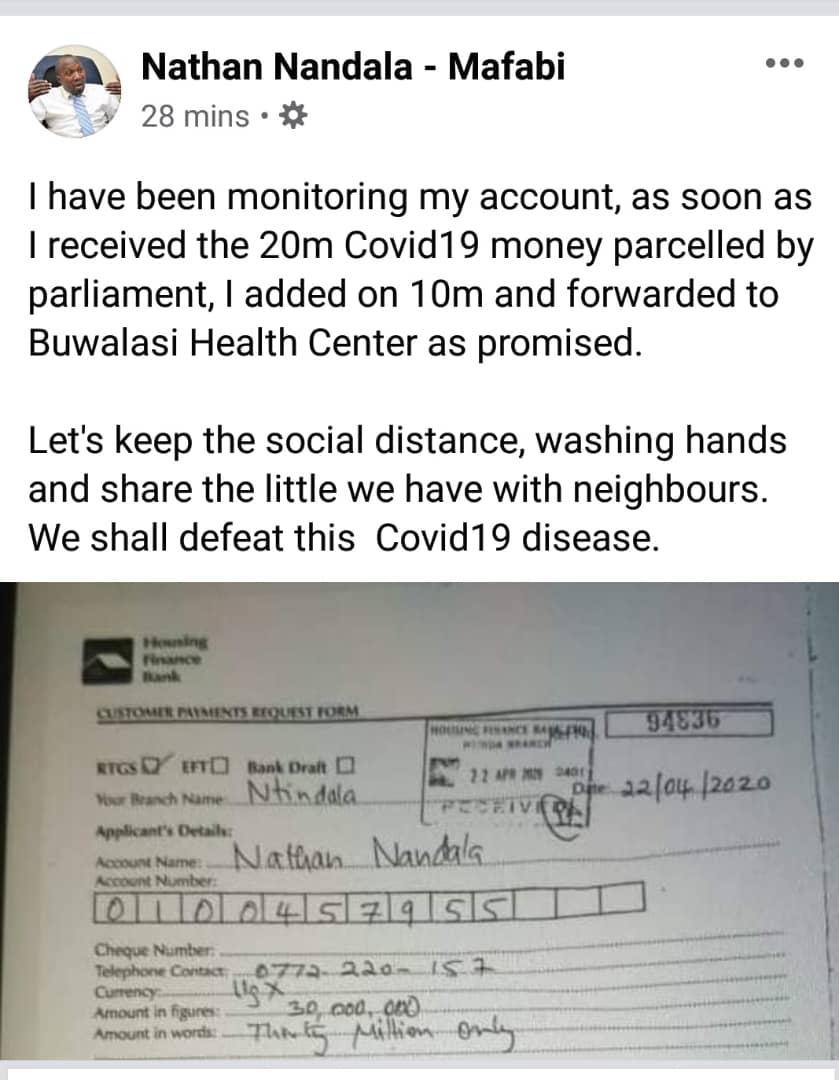 And now it has emerged that on Monday, the matter was the centre of debate in Cabinet, with the furious Museveni questioning how the MPs allocated public resources to themselves yet it had not been discussed by Cabinet.
“Who included this money in the supplementary budget? This is illegal. You cannot allocate public resources to your selves like this,” the President is quoted as telling the ministers, most of whom are also Members of Parliament.