BREAKING! Jinja erupts in celebration after RDC Eric Sakwa is arrested, arraigned before court and sent to jail

JINJA – There was excitement in Jinja Town on Friday, April 24, as the RDC, Eric Joseph Sakwa, was being arrested by operatives from the State House Anti-Corruption Unit.

Sakwa was arrested following complaints from residents that he was beating, kidnapping, robbing, and torturing them while enforcing presidential directives on containing the coronavirus pandemic.

Sakwa was picked from studios of a radio station while appearing on a talk show.

As he was being led away by detectives, residents could be seen jeering him while others celebrating, saying that he had become untouchable.

He was then arraigned before Jinja Magistrate’s Court and charged with manslaughter, robbery and malicious damage to property. 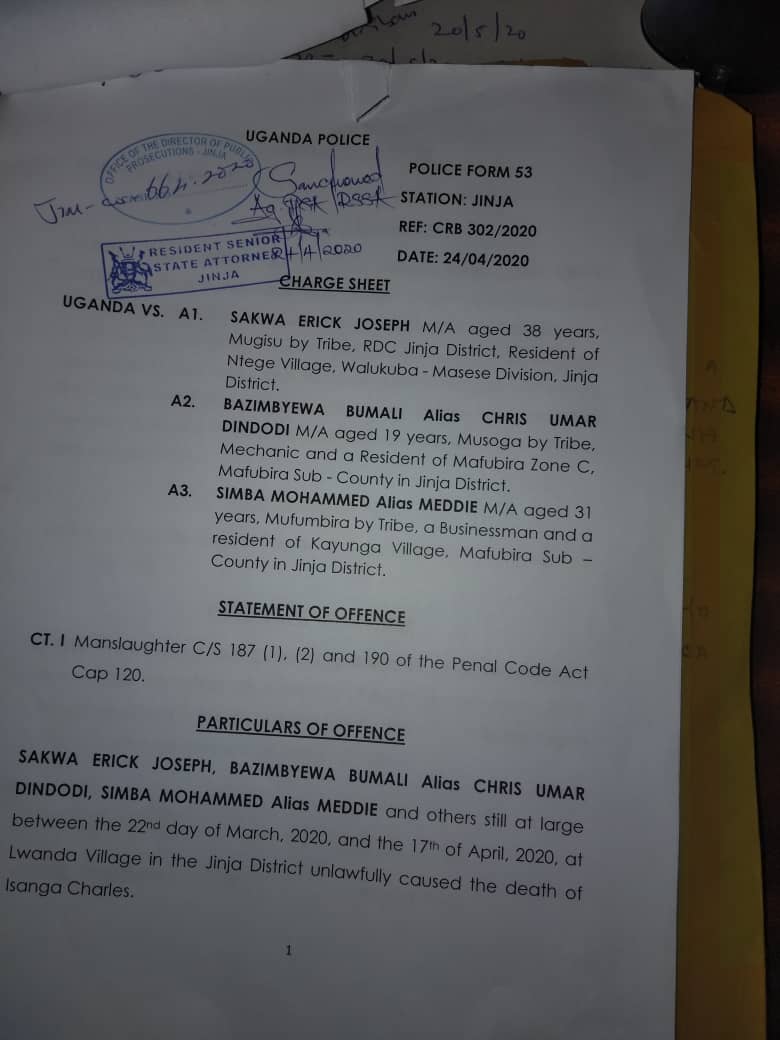 He, however, denied the allegations against him. Sakwa said he has not yet tortured anyone, but the claims are fabricated by politicians and his rivals including another RDC whom he says is interested in his job.

Sakwa was then remanded to the Kirinya government prison.

Sakwa is linked to the death of a one Charles Isanga who is said to have died after alleged torture by the RDC and his team.