KAMPALA – The State House Anti-corruption unit headed by President Museveni’s military assistant Lt. Col. Edith Nakalema has arrested top officials at the Office of the Prime Minister including the Permanent Secretary Christine Guwatudde Kintu on suspension of inflating prices of maize and beans being given out for relief to the vulnerable population in the Coronavirus response.

President Museveni sanctioned the operation following intelligence reports that officials at the OPM had frustrated other lower bidders in the relief aid programme, Lt. Col. Nakalema said in a statement after effecting the arrests.

It is reported that the government contracted a supplier who took the samples of posho and beans to the President Museveni who then gave the deal a green light.

Sources added that supplier made a quotation that was allegedly altered and inflated by officials.

“On Wednesday 8th April 2020, following a directive by H.E the President of Uganda, General Yoweri Museveni, the anti-corruption unit under Article 99 (4) of the Constitutional of Uganda in liaison with the Criminal Investigations acting under 120 (3), we carried out a special investigation on the ongoing COVID-19 related food procurement exercise in OPM,” she on Thursday April 09. 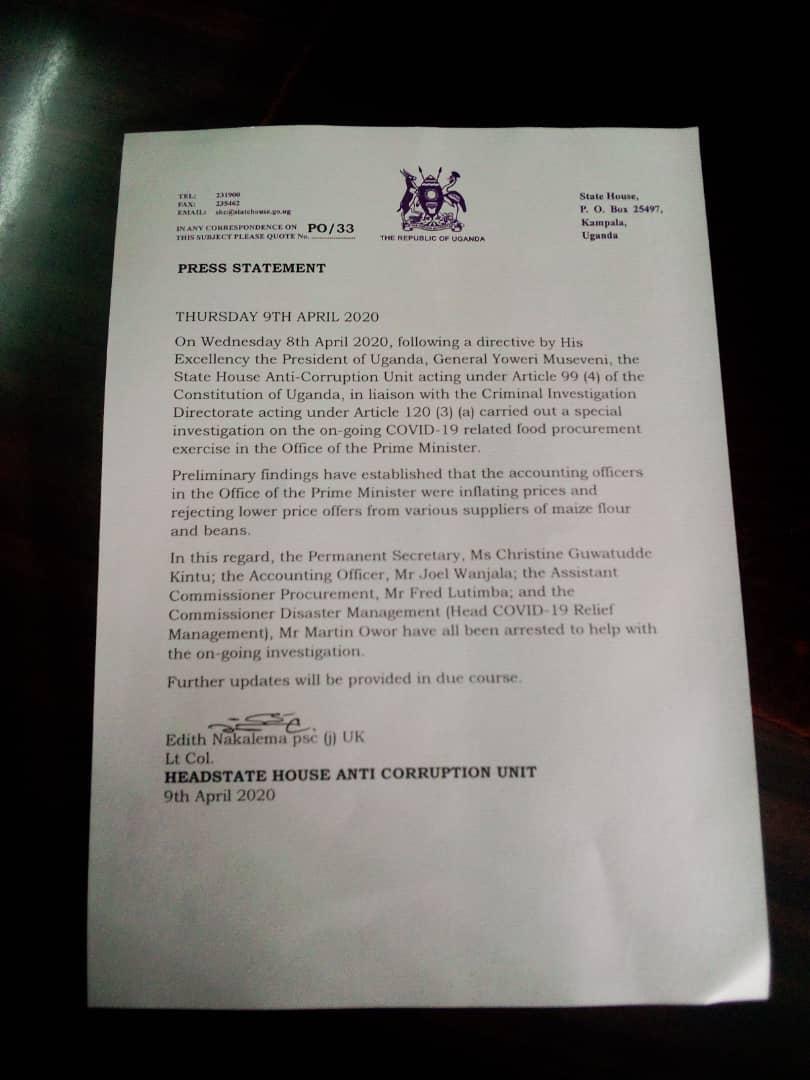 Lt. Col. Nakalema said they been arrested to help with the ongoing investigations.

She said she would share further updates in the due course.