He has been supportive! Museveni lauds Cardinal Wamala for his efforts to transform Uganda

KYOTERA – Emmanuel Cardinal Wamala, Archbishop Emeritus of Kampala has had distinguished service to the church and to the country, President Yoweri Museveni said on Saturday.
…….

The president had on Saturday, February 29 presided over the opening and launch of the Cardinal Wamala Museum at the Cardinals home in Kamaggwa village, Kalisizo, in Kyotera District.

“He has been supportive of our efforts to transform Uganda,” said Museveni.

“Like the cardinal has done in Kamaggwa village, we should all endeavour to enlighten and develop our communities. Enlightenment produces development and transformation,” added the president.

Regarding the continuous need to develop villages and constituencies, President Museveni called upon Ugandan men and women who are educated to always go back to their home villages and develop them just as Cardinal Wamala has done to his Kamaggwa village.

“If every learned person can go back to his home village and enlighten his family and village with development aspects, it would be helpful. Enlightenment produces development and transformation. We must put in more effort to develop places we come from,” he said.

Cardinal Wamala, who is 91 years old, thanked God the Almighty for his long life. He commended President Museveni for sparing time from his busy schedule to grace the function. He also observed that the President’s visit to his home village in Kyotera District and the museum launching would always be remembered and taken at heart. 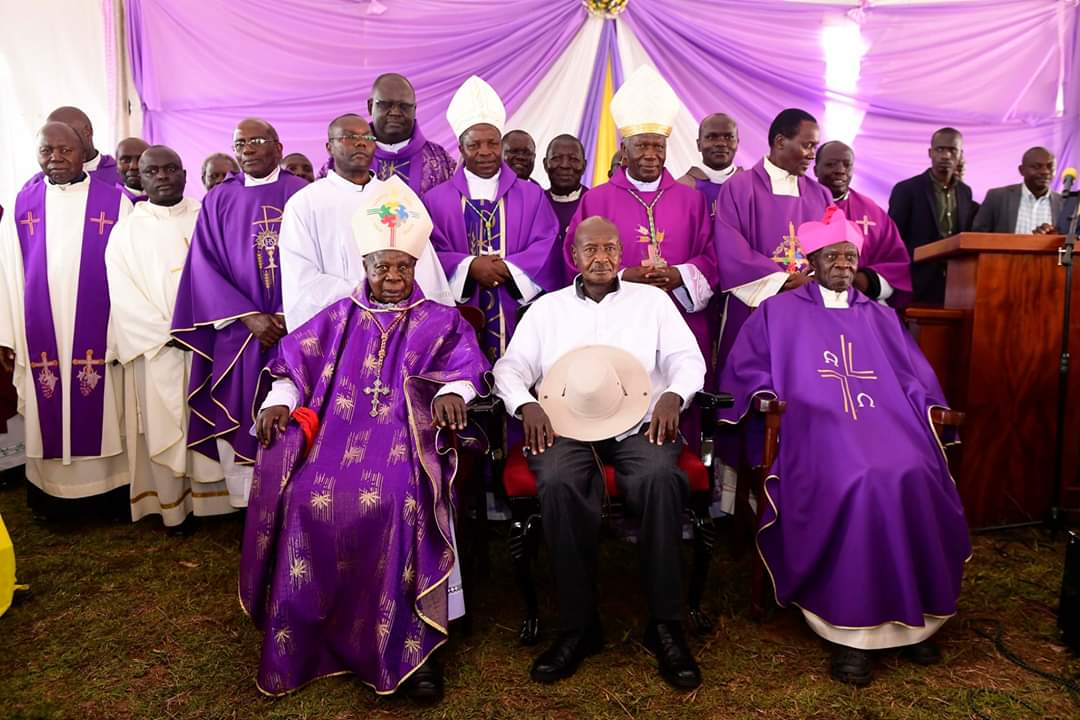 The Bishop of Masaka Diocese, the Rt. Rev. Serverus Jjumba, encouraged people to always have faith in God and seek for His involvement in everything they do. He advised them to emulate Cardinal Wamala’s good heart and take good care of their homes.

“When we got the light on how we should liberate our country, elders whom I am proud to call parents, like Cardinal Wamala, did not despise our efforts but instead they paved the way for us to continue with our movement. I am reminded of the parable of the Good Samaritan where most people saw a beaten man and bypassed him until a Good Samaritan saw him and helped him. When people like Cardinal Wamala saw that we could help our nation that had been badly beaten, they urged us to go on,” he said.

The Museum, which is part of Cardinal Wamala’s dream, exhibits a collection of Cardinal’s family life journey, a memoir of the religious works they were involved in and the various recognitions they received. The facility is also aimed at supporting and furthering the education ministry that the family had been involved in as Cardinal Wamala trained as a teacher and taught at Bukalasa Seminary in Masaka District, served as a Diocesan Education Secretary and as the first East African Chaplain at Makerere University.

The Museum will, in the future, house a library that will showcase highly precious and prized education materials that are expected to benefit more the under-privileged without one owning them personally. The facility will also avail some rare artifacts about Uganda’s culture, beliefs, opinion and economic activities, which with time, could attract visitors from beyond the Uganda border.