Muhoozi speaks out on ‘presidential project”

KAMPALA – Lt. Gen. Muhoozi Kainerugaba, a son to President Yoweri Museveni has said “evil people” coined the so called “Muhoozi Project to try and destroy us”.

Without clarifying whether the project exists or not, Gen. Kainerugaba who works as a senior presidential advisor under his father, then added to a comment posted on his Twitter account on Wednesday, March 4 — “but trust my generation to convert every curse into a blessing!” 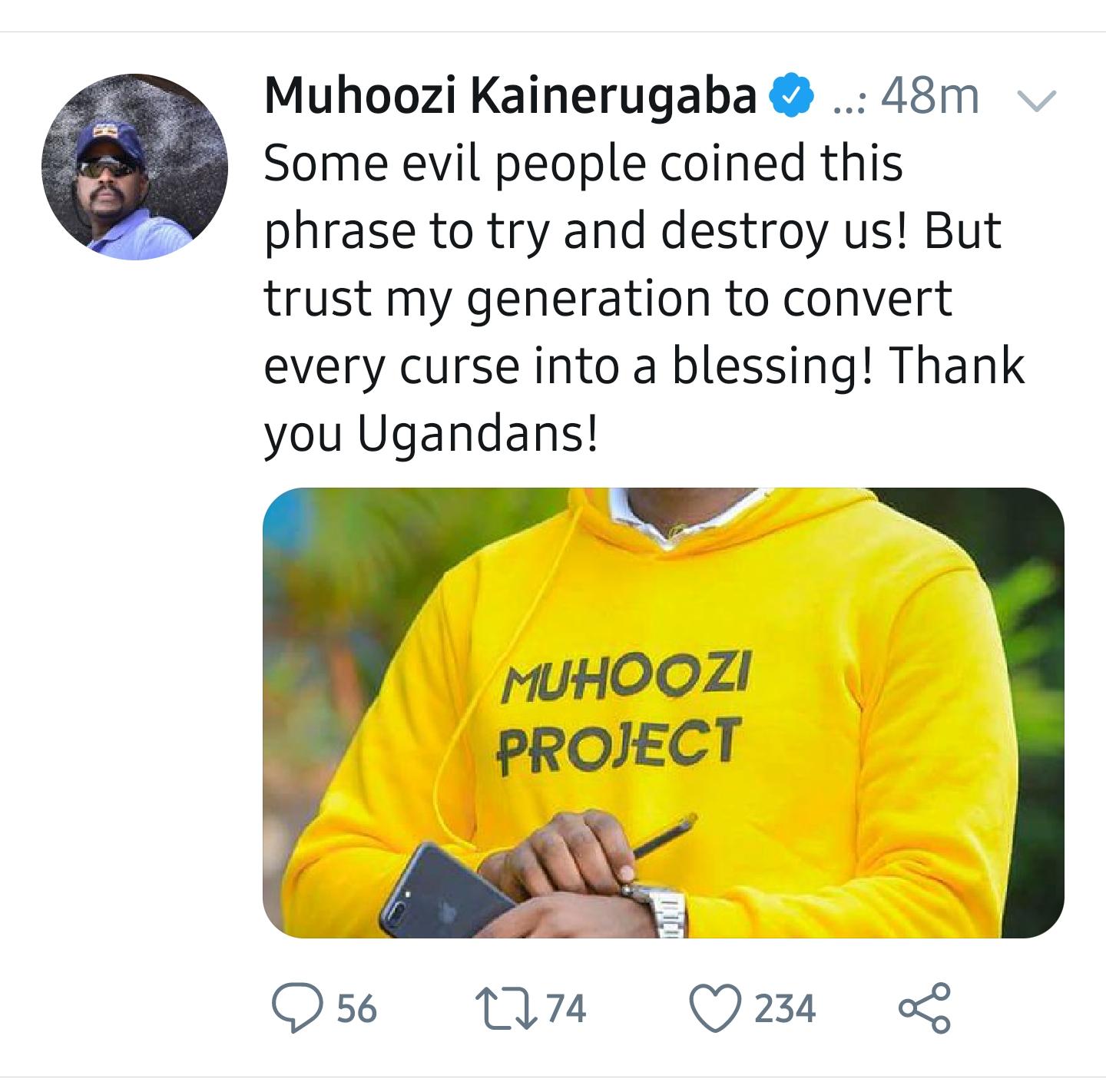 In 2013, renegade Gen. David Tinyefuza alias Sejusa fled to the UK after authiring a letter alleging that Mr Museveni planned to hand power to Gen. Kainerugaba.

The letter to President Museveni, written through the Internal Security Organisation (ISO)— demanded for an investigation into reports that there were plans to assassinate top army officers perceived to be opposed to the so-called “Muhoozi Project.”

Gen. Sejusa who fought alongside Museveni in the National Resistance Army in the 1980s was allegedly referring to reports that then Brig. Kainerugaba, was/is being prepared to succeed his father as head of state.

Gen. Sejusa’s letter on the so called Muhoozi project brought Daily Monitor into trouble after the paper was forcibly closed by armed forces for 11 days following the publication of a private letter written by the dissident military officer Sejusa claiming that Museveni was prepared/planning to assassinate opponents of his plan to install his son Kainerugaba as President after he retires.

Gen. Sejusa alleged that Gen Kainerugaba represented a “Muhoozi project of Mr Museveni to subvert the existing political system in order to perpetuate himself”.

The President has remained tight-lipped on his son succeeding him while these are Muhoozi’s first comments since a row broke out over claims that he is being groomed to succeed his father.

Gen. Kainerugaba who is one rank below his father did not rule out harbouring presidential ambitions.

Lt. Gen Kainerugaba has risen rapidly within the military, fuelling speculation that he is preparing to become the next president.

He was appointed head of the special forces unit in 2008 and was given control of the elite presidential guard in 2010.

He is now the Presidential advisor on special operations.