“By virtue of powers granted to me by the Constitution, I have appointed John Musinguzi Rujoki as the new Commissioner General of URA. This appointment takes immediate effect,” Museveni posted on his social media pages on Sunday, March 29.

Mr. Musinguzi holds a Master’s degree in Computing and Information systems of the University of Greenwich and a Bachelor of Science in Mathematics of Makerere University. 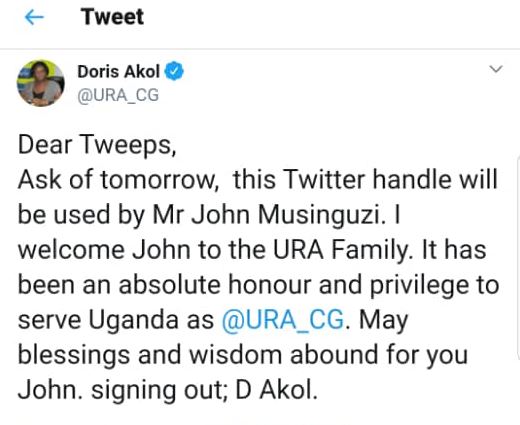 He is the Senior Presidential Advisor on ICT and Investment.

Mr. Musinguzi replaces Doris Akol, whose departure from the tax body is shrouded in mystery as she was serving her second term as Commissioner-General.