KAMPALA – Former Security Minister Lt. Gen Henry Tumukunde has declared that he will stand for the presidency in 2021.

Gen Tumukunde’s declaration to challenge his former boss President Yoweri Museveni is contained in a letter to the Electoral Commission.

“I join all well-meaning Ugandans to support the fundamental change which we promised Ugandans in the past and a peaceful transition from one generation to another,” he said. 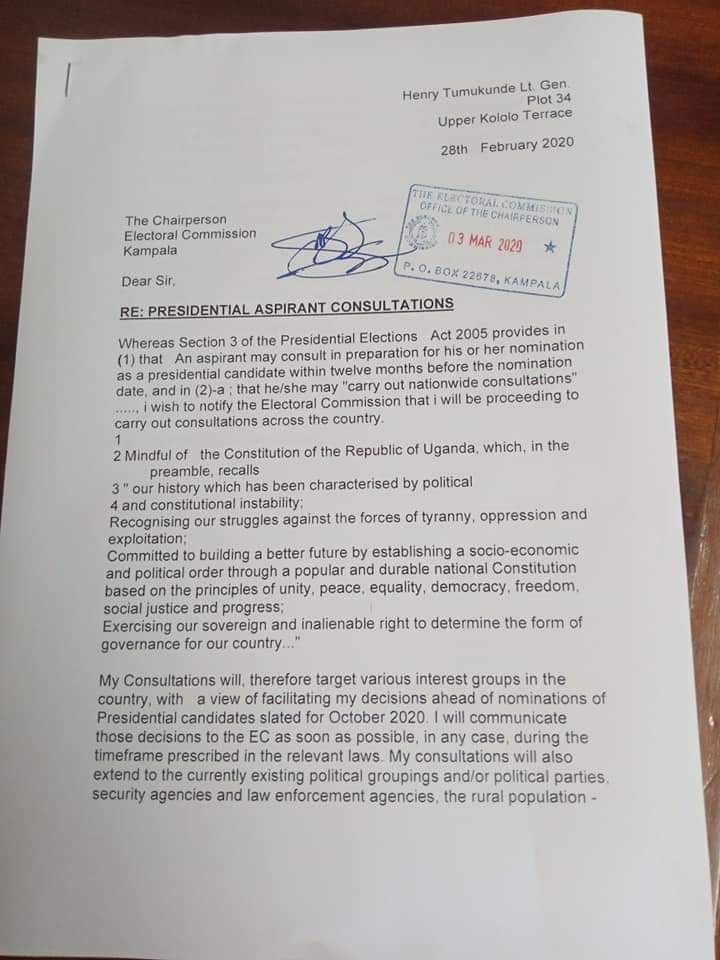 In the letter, Electoral Commission, Tumukunde asked to be allowed to commence national consultations.

“The consultations, he said, will target various interest groups with the view of facilitating his decision ahead of Octobers Presidential nominations.”

“While I expect all the support that EC can offer me and my team to carry to peaceful consultations as a Presidential aspirant, I pray that the statutory mandate of the EC shall be respected by other organs of the state and that there will be harmony throughout this important consultation exercise,” says Gen. Tumukunde. 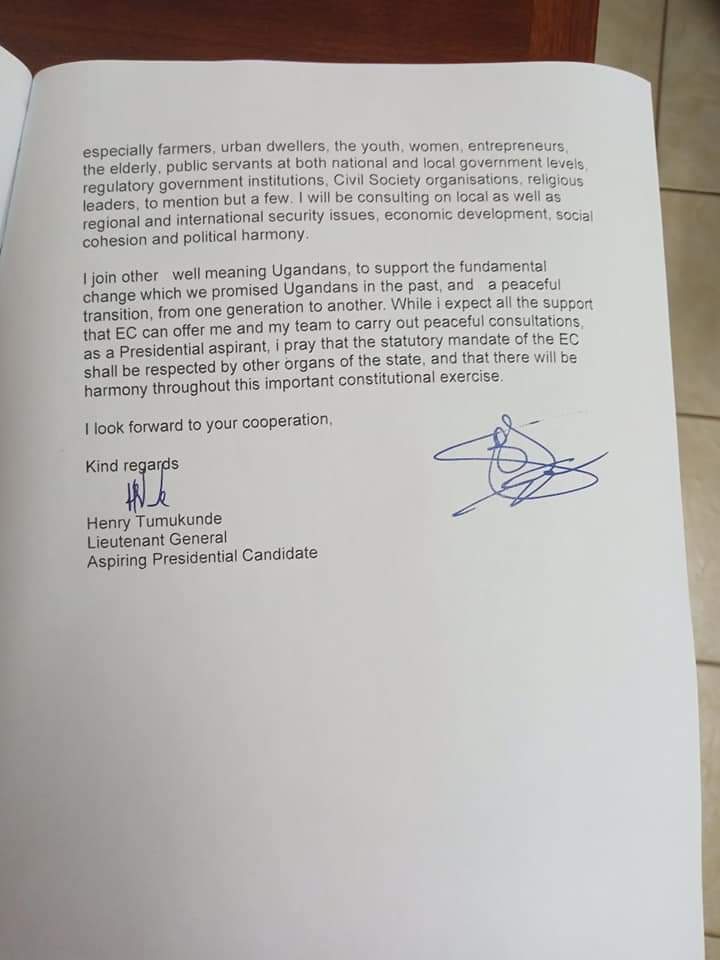 Uganda faces a critical stage in its democracy with next year’s elections. The hope is that Museveni will relent on his repression and allow for an open and competitive electoral environment.