In a video, Jose Chameleone’s young brother said he was hiding at a local school for hours as he was being hunted before being rescued by Good Samaritans.

“I am at Turfontain school (Johannesburg). Please come and save me,” cried Pallaso in a Facebook Live video.

“The xenophobic attacks in South Africa are real,” he added.

“I have been cut with pangas, hit with bricks and thumped mercilessly.”

However, at around 10:30 (EAT), the Radio and Weasel music group announced on its Facebook page that, Pallaso had received help.

“Thank You For Your Prayers Our Goodlyfe Ambassador Has Located him But Pray for Him he is still in a bad State ??????. PrayForPALLASO.”

Pallaso was shooting a video in South Africa when his car was attacked by gangs.

“They (gangs) pointed at me and I asked my friend what was going on. My friend said they were doing their stuff (xenophobic attacks). They were about 100,” he recalled.

“They hit the car, a situation that compelled me to take off for safety. My friend left me behind. They hit me several times. I am in a bad shape,” he added.

“They cut me with machetes. When I fell down, the attackers didn’t hesitate to trample on me. I tried to run for my life only to be hit by a car. I fell on its bonnet,” he added.

“I tried to enter this car but it was locked. The terrified car owner simply abandoned me. The gangs kept running after me. I am not sure if I will survive. Even the police didn’t try to help as I was being beaten. I saw a Nigerian being cut into pieces.” 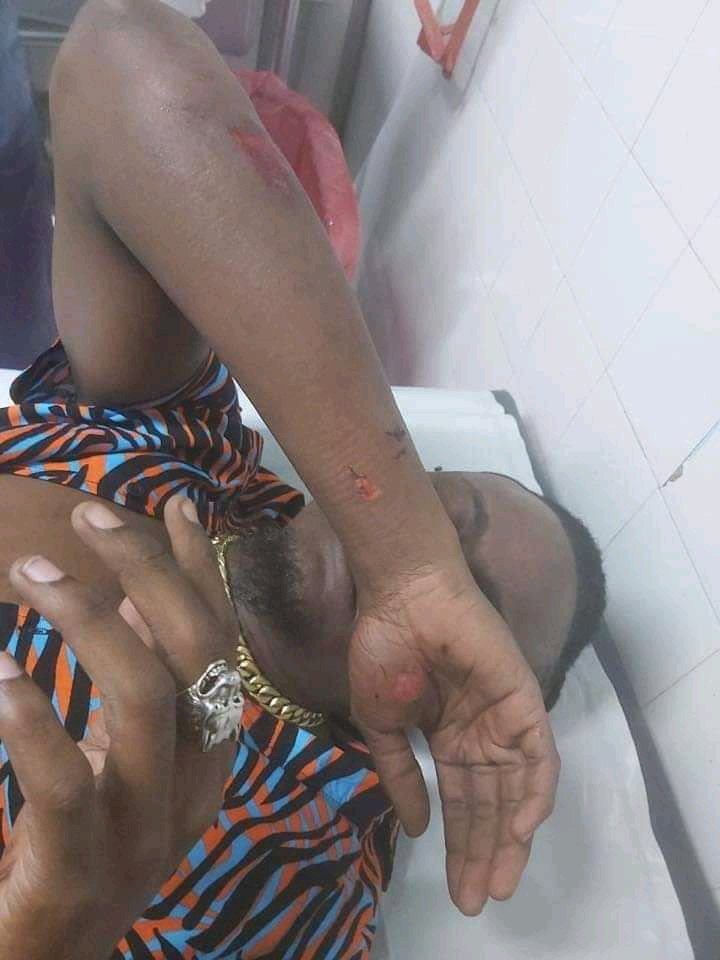 The attacks, which have been globally condemned, last year left many people especially Nigerians injured and a lot of properties destroyed.

Pallaso said thugs “Pulled my hair. It’s real. I am not sure if I’ll survive because I am in a critical condition. I called cops to help me but they just looked on idly. They allowed people to hit me. Pray for my family. Even my property. Please help me. If I don’t survive, pray for me. Those who can help please do the needful. I need God on my side,” he said.