KAMPALA – The Ministry of Defence and Veteran Affairs (MODVA) and the Uganda Peoples’ Defence Forces (UPDF) have on Saturday, February 22 held a thanksgiving ceremony at Kololo Ceremonial Grounds to wrap the 10th Tarehe Sita activities that were this year conducted in Luwero Triangle Districts.

The function that was characterized by praises, worship and dance was held under the theme “…Take Up Your Son” with focus on two key points; thanking God for the children of the liberation as a key gain of the struggle and the socioeconomic transformation of Uganda.

Children of both living and fallen comrades of the UPDF read the Bible Verses and prayed for the UPDF, UPDF Families, the Nation & the Youth. Several groups entertained the gathering such as the Military Christian Wives Fellowship, Watoto wa Jeshi group and popular gospel artistes.

President Yoweri Museveni who was the chief guest thanked the Officers and Militants of the UPDF for their service to the nation. He also applauded the families of the men and women in uniform for giving them the necessary physical and moral support that enables them execute their duties to the nation. 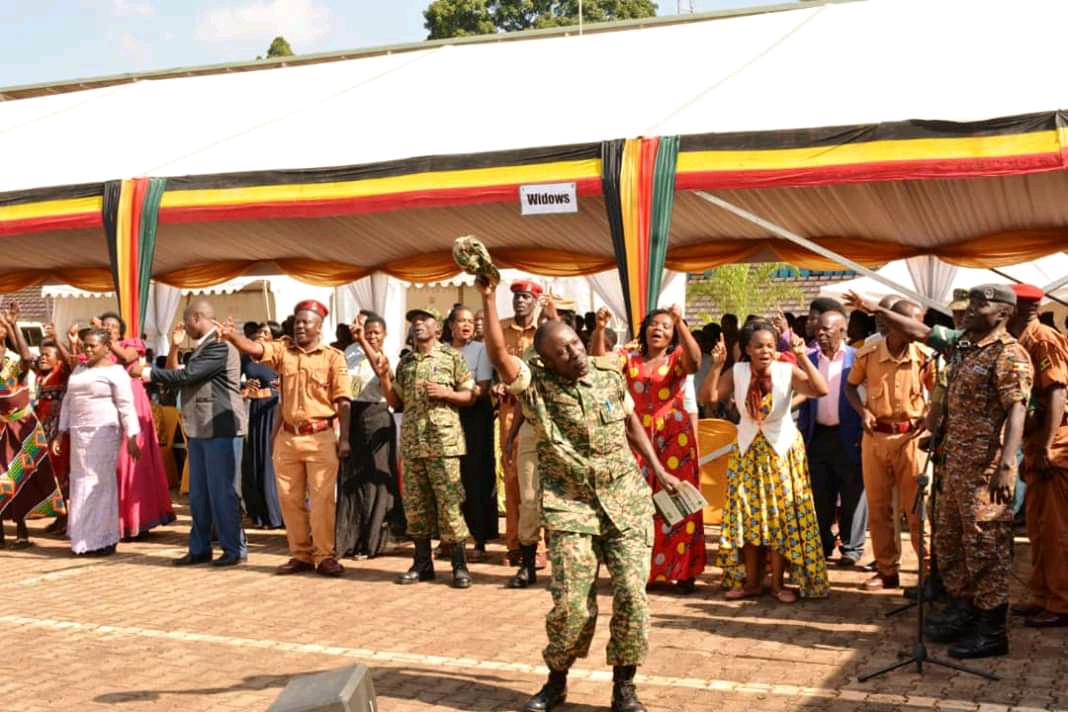 The President was impressed by the level of commitment to God exhibited by members of the UPDF. “I am pleasantly surprised to find out that there are many God fearing people in the UPDF,” he remarked amidst cheers from the crowd.

He testified that he had witnessed firsthand in his life that God is real. “There are many things that have happened in my life that I know it could only have been God who intervened,” said President Museveni. He narrated an encounter when they survived being captured as they did underground work during the liberation struggle. He noted that their survival was the pure work of God.

Furthermore, he said he was happy that the gathering was on the right side of history and that all leaders, himself inclusive, were only local authority but there was a higher power above them all, God.

Speaking at the function, the Deputy Speaker of Parliament, Rt. Hon. Jacob Oulanya said that the country expects a lot from the UPDF but this should be reciprocated with the necessary support.

He thanked God for the peace in Uganda and stressed the need to jealously guard it lest all the efforts invested by the UPDF are put to waste. “We must all be on the look out to resist any form of chaos in the country,” said Rt. Hon. Oulanya.

The Chief of Defence Forces, Gen David Muhoozi said the focus of this year’s theme was children of combatants and the combatants’ spouses. He added that children are precious and gifts from God and therefore should be mentored. “Through our children we celebrate our heritage,” Gen Muhoozi said. He asked the Youth to ensure responsible living and use their parents as examples.

The Preacher of the day was Pastor Robert Kayanja of the Miracle Centre Cathedral. He thanked the UPDF for the sacrifices they make for their country and above all for knowing God. He further thanked the CDF for the theme of the day’s celebration and wished it could be carried to every home throughout the country.

The function attracted thousands of people such as Ministers, Members of Parliament, several other dignitaries, members of armed forces of all ranks, Defence and Veteran Affairs Ministry officials, family members of both living and fallen comrades and the general public. 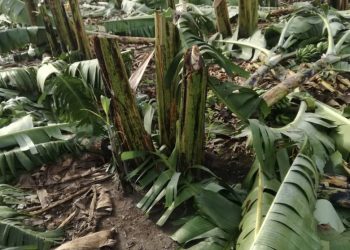