WOBULENZI – Eight people were killed and four were seriously hurt after a Uganda Prisons truck collided with a taxi at Kampala- Gulu highway.

The accident happened at Kibisi village, 5kms from Wobulenzi town.

Eight bodies had so far been retrieved from the wreckage of the taxi, Luweero DPC, Mr Abraham Tukundane was quoted by Daily Monitor.

Police officers and residents rushed to the scene where many of the injured were rescued and rushed to Bombo military hospital in critical condition.

“It was a head-on collision between a prison truck registration UG 0209 U heading to Gulu and a taxi registration number UBE 364 N,” Mr Tukundane is quoted by Daily Monitor as saying.

One of the residents on social media decried the lack of an ambulance at the first facility to transfer patients to other hospitals. 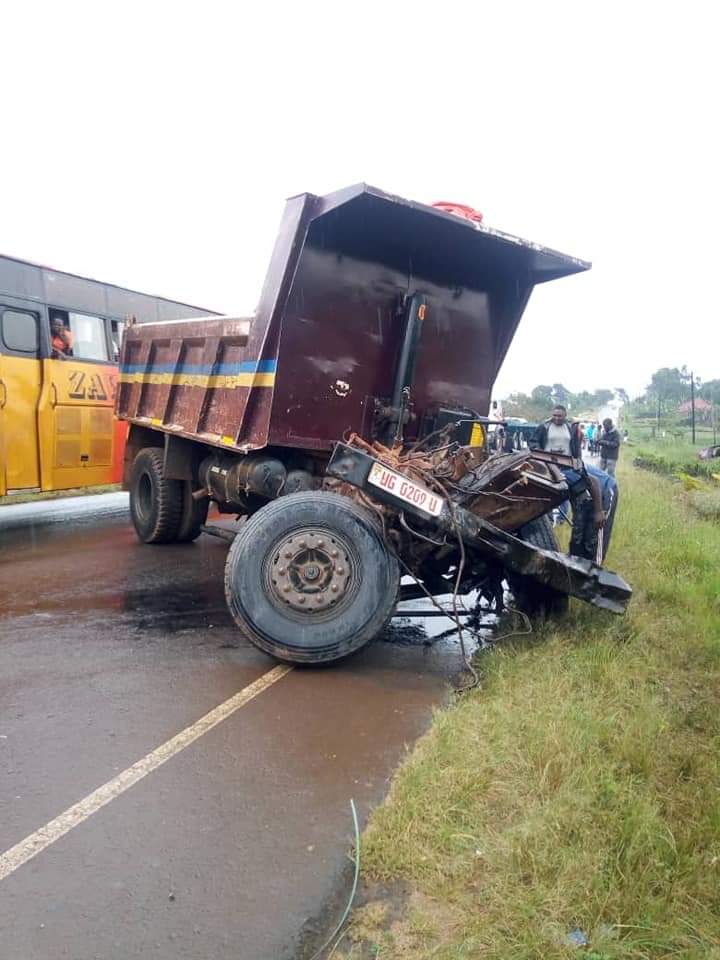 Police attribute the high rates of road accidents to reckless driving and overloading. The wreckage of taxi was removed from the scene and transferred to Wobulenzi police station

Uganda registers about 20,000 accidents each year, with some 2,000 deaths, making it one of the countries with the highest traffic death rates, according to police statistics.