The kingdom said followers of Bisaka, who had gathered for their prayers at Kakeeka playground, stormed Semwema cultural site and destroyed cultural artifacts that have been preserved for years.

“Semwema is a cultural, historical and archaeological site. It has caves and a hill where people go for tourism and cultural festivals. The trenches around the site were used by the legendary great King Kateboha who reigned in the 14th century AD during the Bachwezi Dynasty in the Great Bunyoro Kitara Empire. Some parliamentary sessions for Bunyoro Kitara Kingdom were held inside the Semwema caves during the reign of the Bacwezi,” the kingdom said in a statement issued on Monday, February 10, 2020.

Bunyoro Kitara Kingdom said it has assembled a team that is visiting the area to engage stakeholders and ensure that the cases are followed to a logical conclusion.

“Kingdom officials on the ground have opened cases of criminal trespass, theft and malicious damage against the faith of unity believers and their leaders. We shall also follow up with other cases against them,” the kingdom said.

“We do not condone violence but we warn the Faith of Unity believers and their leaders to refrain from engaging in acts that may provoke the kingdom or subjects of the King. We should instead promote tolerance, coexistence and peace. We are hoping for nothing less than justice and prosecution of perpetrators of heinous acts that have been carried out,” it added.

The self- professed god is revered by the young and old and has over the years gained about two million followers across the country and the number is steadily growing. The faith is said to have followers in other countries such as Rwanda, DR Congo and South Sudan. 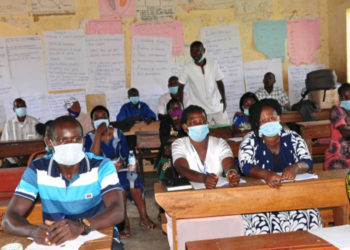