KAMPALA – Democratic Party President Nobert Mao has appealed to President Museveni to appoint a panel of experts to assess the scientific evidence about the adverse effects of the vaccines being administered to the people especially those he fondly calls “Bazukulu.”

In a letter dated December 31, Mao commended the president noting that from the time he assumed office one of the signature health programs of his government has been combating infant mortality.

“The Uganda National Expanded Program of Immunization is considered one of the most successful public health initiatives worldwide. The collaboration between international partners, the government, the health professionals and the volunteers gave the program unfettered momentum and significant success. As a result, illnesses that once caused loss of health and life are now rare. They have been largely prevented by vaccines,” reads an excerpt.

However, Mao said the current intervention to immunize children under the age of 15 with combination vaccines has had serious adverse effects.

“I have received several reports of children dying, going blind and deaf, losing skin color, developing rashes and suffering many other aliments after receiving the vaccines,” he said in a statement.

He further said the ministry of health has been arrogant and dismissive amidst the public outrage and media exposure about the issue.

“In one case, a health professional who expressed his opinion about the effects of the vaccines has been arrested and charged. This is unacceptable. Through the ages, science has developed through the actions of those who challenge orthodoxies. We need a serious inquiry into the adverse effects of vaccines,” reads the statement in part.

Mao noted that intimidating, arresting and jailing of those who challenge the conspiracy of silence about the adverse effects of vaccines will only increase public suspicion.

According to Mao, this is not the first time the public health system has been under the spotlight for failure to protect the public from dangerous vaccines.

“I remember the hepatitis B vaccines that were recalled because they were counterfeit. There have also been cases of expired Dr being imported into the country by the government. I’m afraid this can only lead the public to conclude that the government is aiding the pharmaceutical companies that are driven by profit at the expense of public health,” Mao said.

There were two cases of children who reportedly developed serious skin problems after being vaccinated against measles-rubella.

However, the Health Minister Dr Ruth Jane Aceng on Friday November 15 said, the cases were from the same family and samples were sent to Virus Research Institute and Centres for Disease Control and Prevention for further investigation.

“We need to investigate and inform the public what it is due to. Rashes are not occurring as a new occurrence even before the measles-rubella vaccine we used to have people coming in with a rash, because there are lot of viral infections that are going on so it’s only we partnered that we establish the exact cause of rash and give you information,” Aceng said.

She said further revealed that the children they admitted belong to one family.

“Why is it not affecting other families we need to answer that question and it can only be answered when we investigate to find out the cause, that is what the doctors are doing right now,” she said. 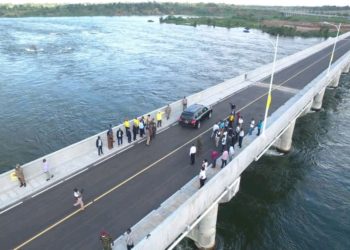