KAMPALA – The Vice President of the Republic of Uganda H.E Edward Kiwanuka Ssekandi has on Tuesday, January 28 launched activities to mark the 39th Tarehe Sita Anniversary celebrations at the Ministry of Defence and Veteran Affairs Headquarters in Kampala.

The various civil-military activities that symbolize the bond between the army and the people will be held in the Greater Luwero districts of Luwero, Nakaseke, Nakasongola as well as Busiro North Constituency because of the historical significance of the region to the NRA/NRM struggle.

In his remarks, Hon Ssekandi commended President Museveni and Commander-in-Chief of the UPDF for the stewardship in building an army that is patriotic and pan –Africanist in nature.

“I salute the President for building an army that emerged victorious 34 years ago and still continues to score more”, he said.

He commended UPDF for their discipline, commitment and character that has seen Uganda evolve into a better country.

The Vice President further noted that UPDF has guaranteed peace and security within Uganda and beyond. “UPDF is an exporter of peace and security for the betterment of our neighbors,” Hon Ssekandi told UPDF officers, CEOs, Members of Parliament and other invited guests at the national launch of the 39th Tarehe Sita celebrations.

The Minister of Defence and Veteran Affairs Hon Adolf Mwesige applauded Government Ministries, Departments and Agencies (MDAs) and all other stakeholders for standing in solidarity with the UPDF and urged them to mobilize the population so that the Defence Forces Week makes a historic contribution to the transformation of Uganda.

The Deputy Chief of Defence Forces Lt Gen Wilson Mbadi lauded militants for serving the population, noting that a lot has been achieved and it calls for sustainability.

Brig Gen Henry Matsiko, the UPDF Chief Political Commissar called upon all Ugandans to join UPDF in celebrating its birthday, saying UPDF is a pro-people army that is going to symbolically give back to the people from the Greater Luwero region because of their heroic sacrifices during the struggle. 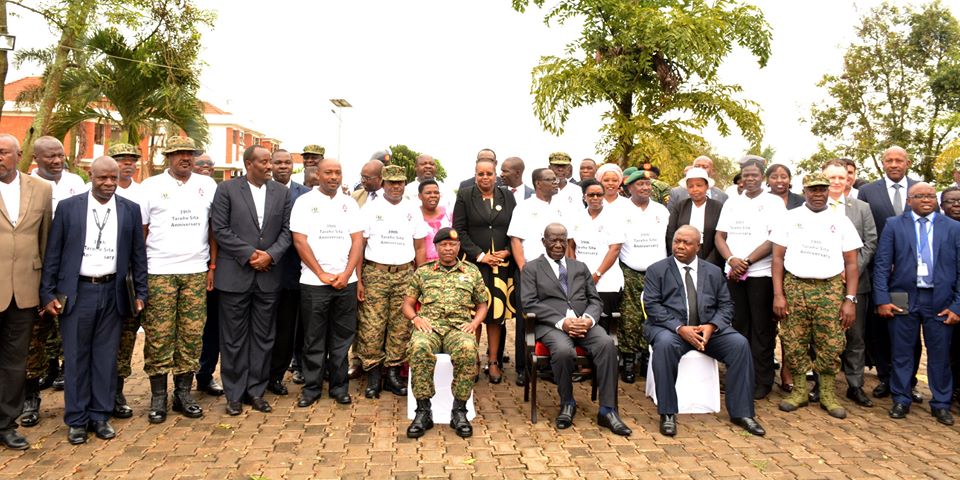 Tarehe Sita celebrations are rotational in nature to mark and recognize the heroic sacrifices that were gallantly exhibited by the 41 patriots (both combatants and non-combatants), who made the foundation upon which UPDF rests today as a Peoples’ Army.

This year’s celebrations will he held under the theme: “Consolidating the UPDF Strategic Partnership with the People to Guard the Gains of Liberation.”
The 38th Tarehe Sita celebrations were hosted by the Acholi sub –region.