UCAA Director-General, Prof. David Mpango Kakuba while handing over the equipment to Dr. Martin Opumar of Entebbe Regional Referral Hospital revealed that the equipment was bought using proceeds from the Aviation Run, which took place in November 2019.

The Aviation Run that was organized by the Uganda Aeronautical Information Service Officers’ Association (UGAISOA) in conjunction with UCAA was part of the celebration of the International Civil Aviation Organisation’s (ICAO’s) celebration of 75 years.

Entebbe Regional Referral Hospital is a public hospital funded by the Uganda Ministry of Health.

The hospital is located in the central business district of the town of Entebbe, in Wakiso District, approximately 37 kilometers (23 mi), by road, southwest of Mulago National Referral Hospital, the largest hospital in the county, located in the capital. 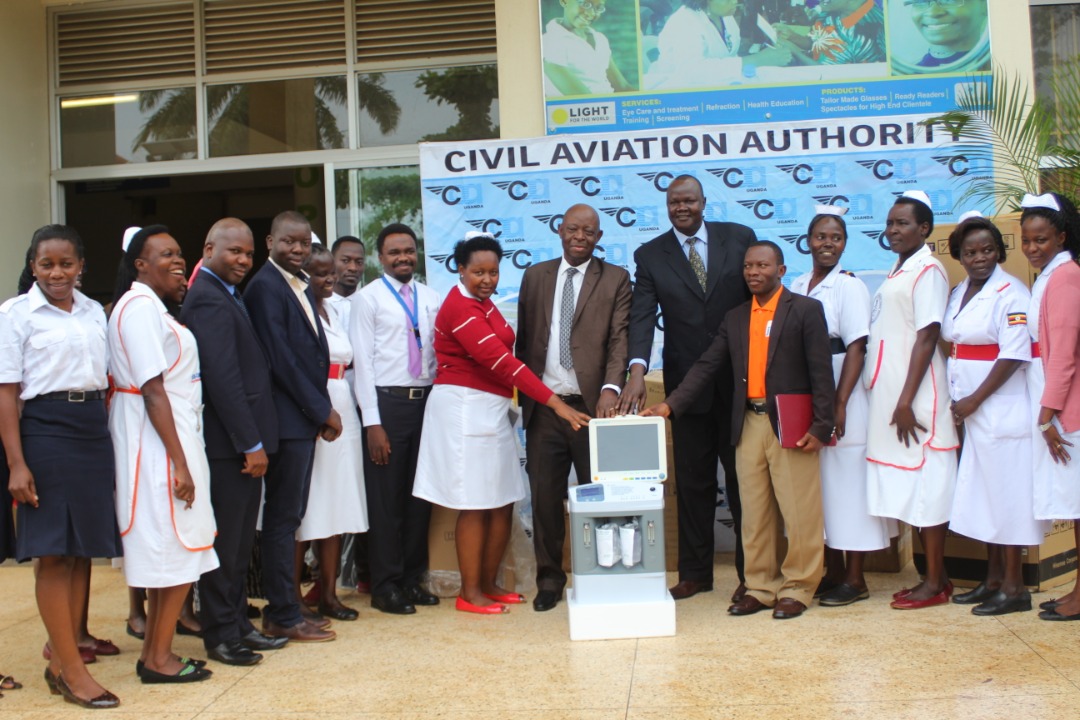 Originally built by the British colonialists in the 20th century as Entebbe Grade B Hospital, the facility was closed temporarily in December 2013. Between December 2013 and May 2016, the hospital was rebuilt and expanded from 100 to 200 beds at a cost of US$7 million (about UGX:23.2 billion), donated by the World Bank.