Results have put the Wakiso district as the best district.

Other districts include Kampala, Mukono, Mbarara, and Masaka among others.

However, the worst district in this year’s PLE have been identified as Moyo, Apac, and Nakapiripirity among others.

However, the worst district in this year’s PLE has been identified as Amudat, Nabilatuk and Buvuma, and Kapelebyong among others. 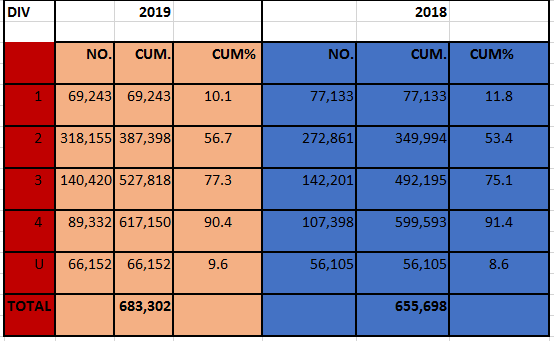 The Board registered 1,315 learners with special needs of various categories. The blind, the deaf, the physically handicapped and the dyslexics among others. Of these, 49.3% are females and 50.7% are males

List of disticts according to their perfomance in PLE 2019