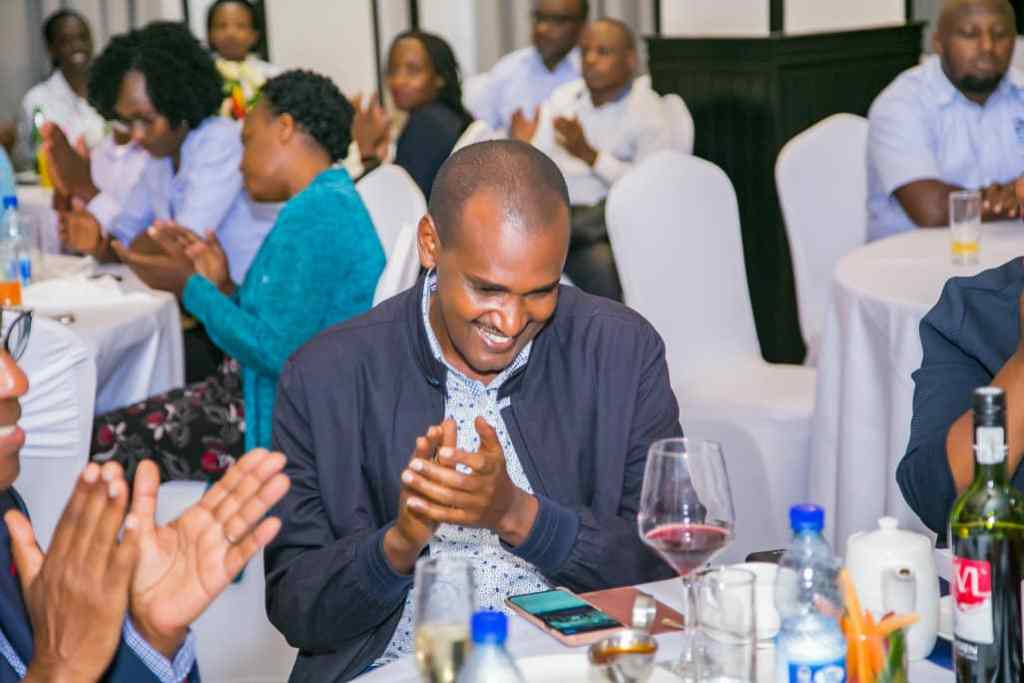 KAMPALA – The Uganda Communications Commission board, management, and staff on Wednesday hosted the outgoing Minister of ICT and National Guidance Frank Tumwebaze to a cocktail in appreciation of his leadership and contribution to the sector. 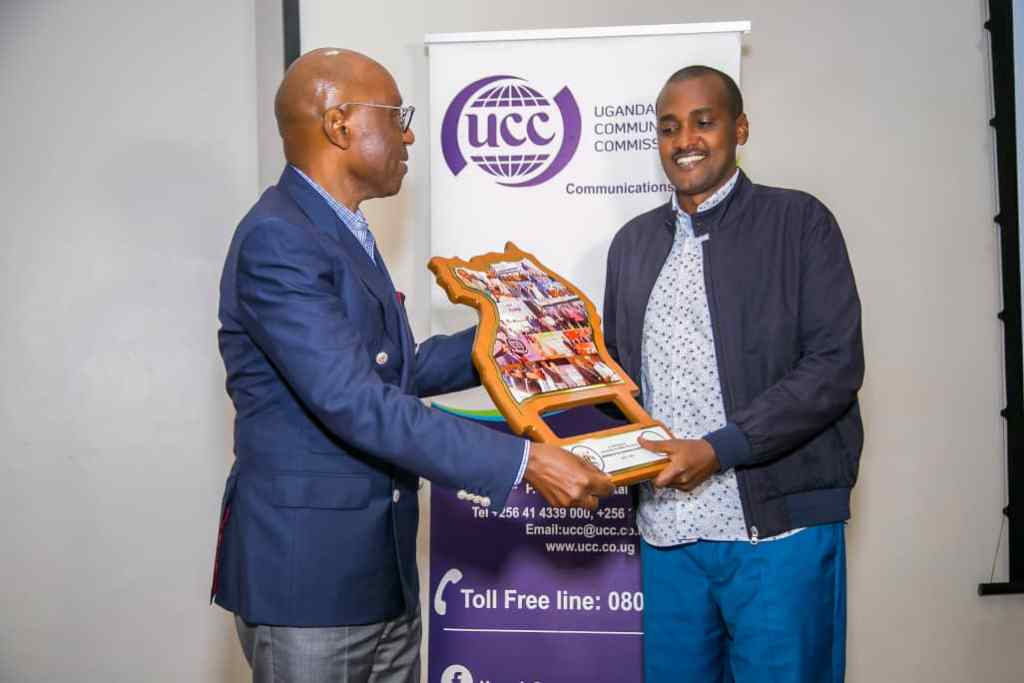 Hon. Tumwebaze, who has been the minister responsible for the communications sector since 2016, was in December 2019 re-assigned to the ministry of Gender, Labour and Social Development in a cabinet reshuffle. 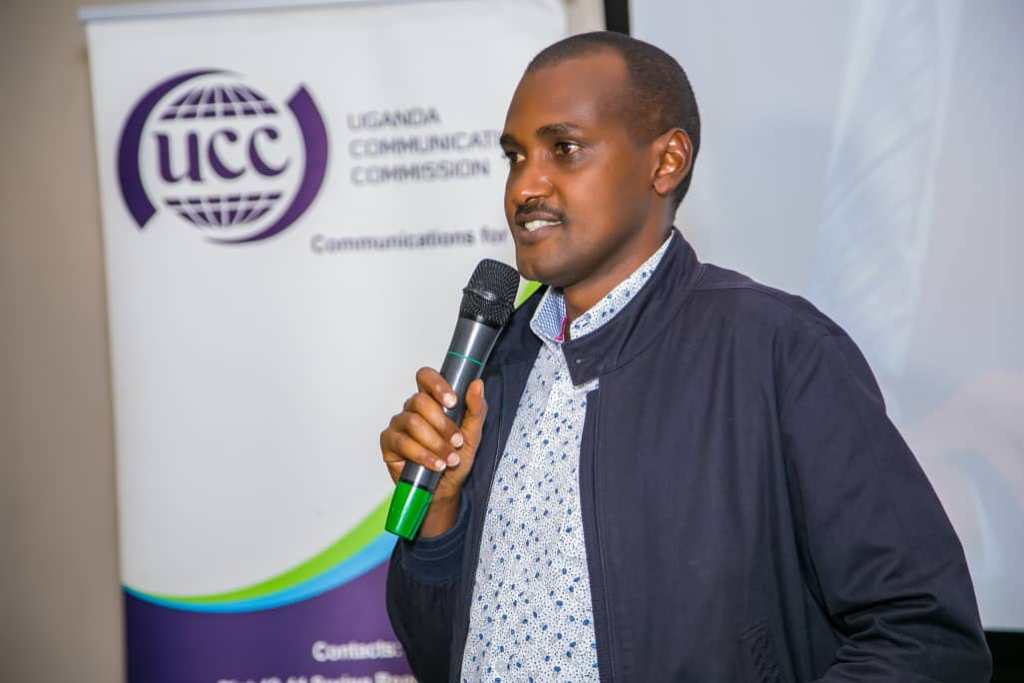 At the cocktail held at Mestil Hotel in Kampala, the UCC Executive Director Godfrey Mutabazi expressed satisfaction with Tumwebaze’s tenure as minister and wished him well in his new assignment. 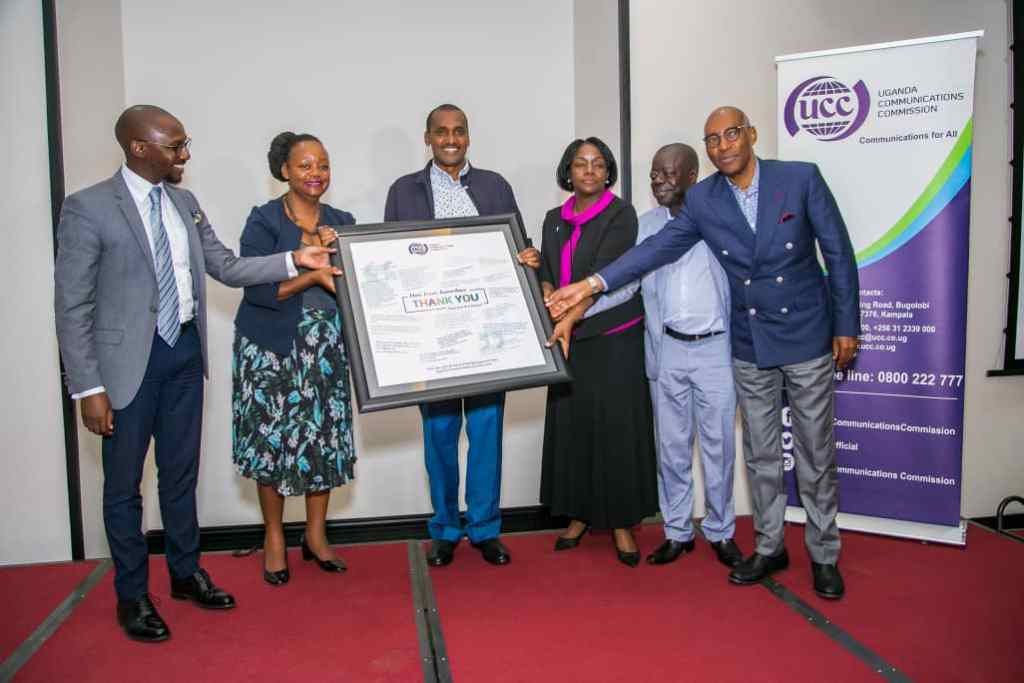 “We appreciate the energy and passion you brought to our sector. That energy percolated through us the policy implementers and regulators and ended up lifting the entire sector. Also, knowing that you had our back made our otherwise difficult job a little lighter,” Mr. Mutabazi said, pointing out several instances at both domestic and international levels where the minister proved to be an asset. 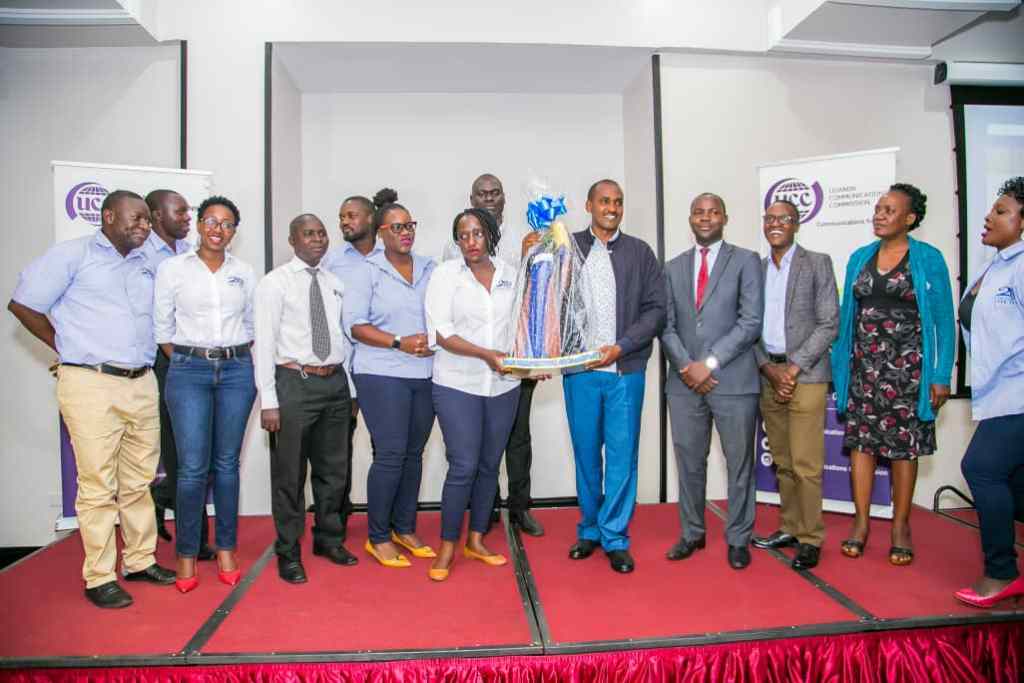 Mr. Mutabazi also spoke of the minister’s key role in the making of the National Broadband Policy, the Data Protection and Privacy Act 2019 and communications sector Regulations, among other policy and regulatory instruments. 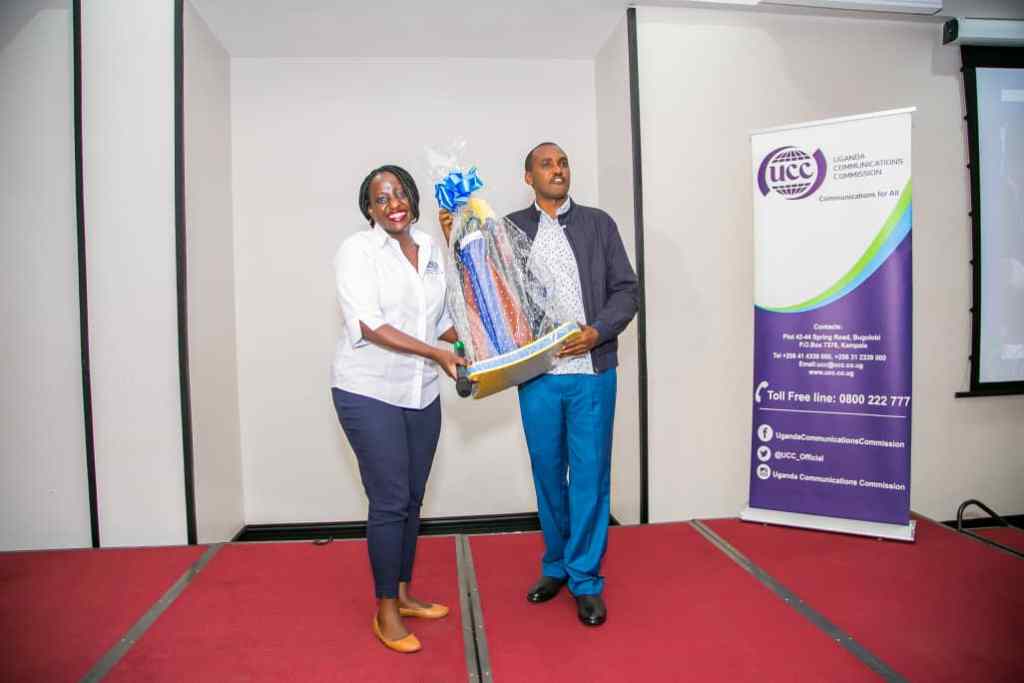 On his part, Hon. Tumwebaze said he had enjoyed working with the Commission’s board, management and staff, and looked forward to continuing the campaign for digitization in his new assignment. 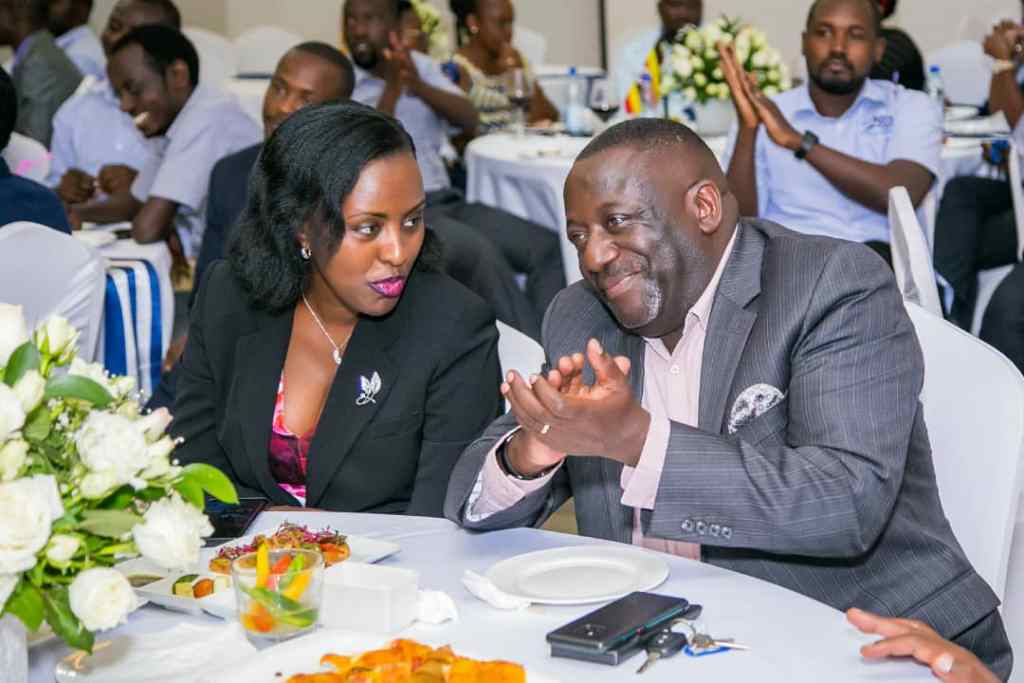 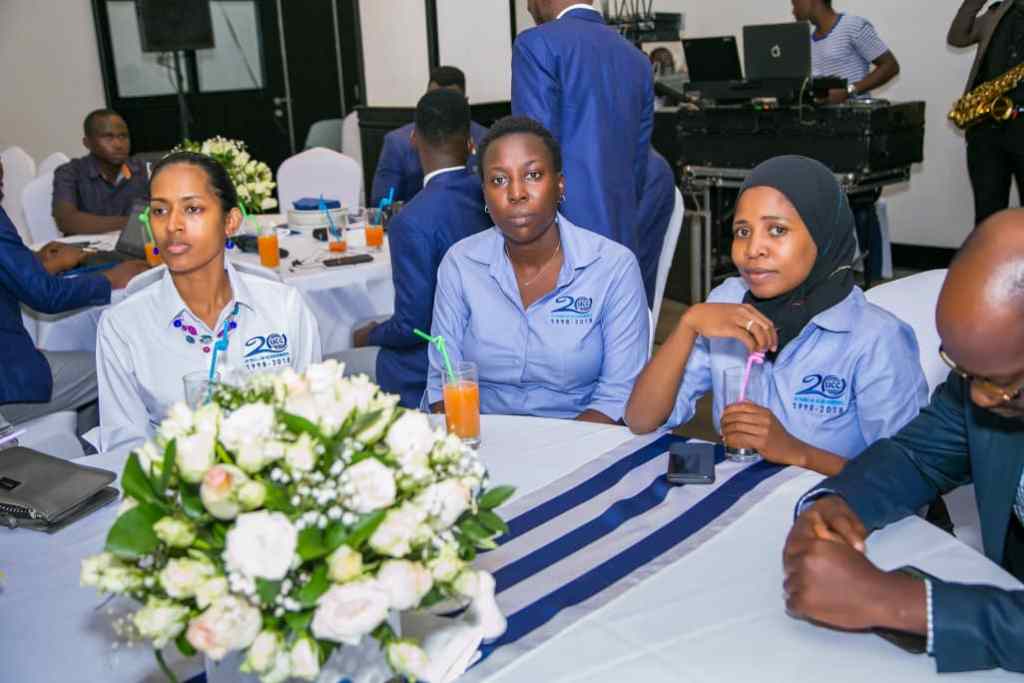 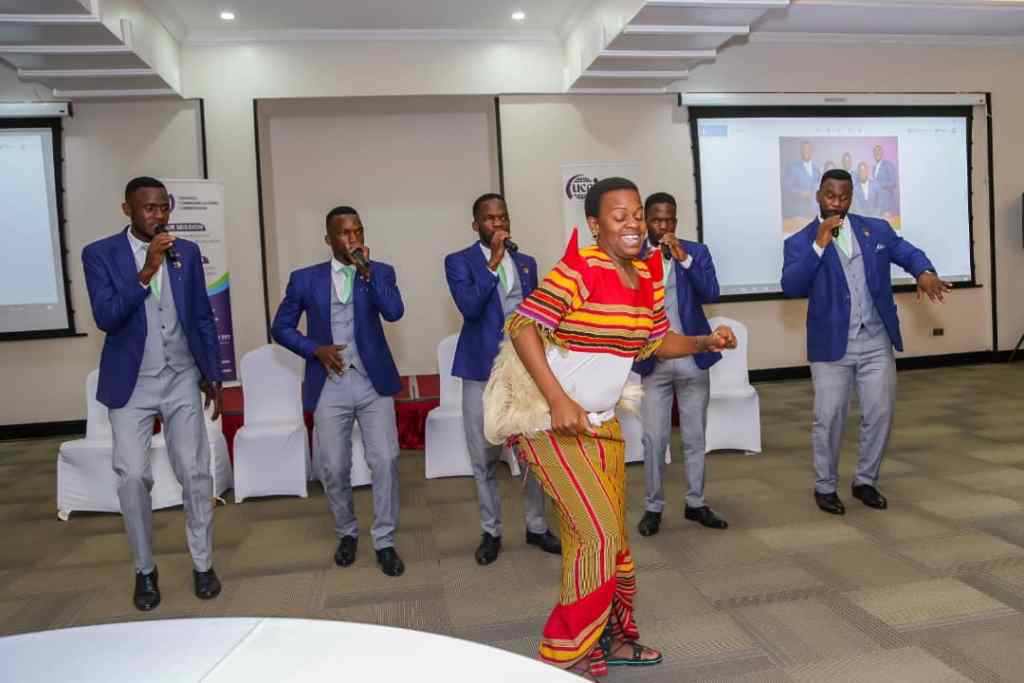