KAMPALA – Parliament has approved a request by the government to borrow up to Euro162 million from the Industrial and Commercial Bank of China (ICBC) to finance the supply of power to industrial parks.

The loan was approved during the plenary sitting chaired by Deputy Speaker, Jacob Oulanyah on Thursday, 30 January 2020.

The loan according to State Minister for Finance in charge of Planning, Hon David Bahati is aimed at boosting the private entrepreneurs to put up factories, one of the key targets of Uganda’s National Development Plan III.

Bahati explained that there are already factories such as those in Kapeeka and Mbale Industrial parks awaiting power to take off.

He said the loan will enable the government to establish power substations to supply the already gazetted industrial parks of Kapeeka, Wobulenzi and Kaweweta in Luwero district, Sukulu in Tororo district, Nakasongola district and Mbale.

Presenting a report of Parliament’s Committee on National Economy on the loan request, the Chairperson, Hon Syda Bbumba, said that they were satisfied with terms and conditions of the loan.

“We are ready to move, there is evidence that technical teams are ready, there is the irrevocable commitment of the government to honor their 15 percent of the required project funds, the industrial parks have constructed factories and investors are demanding power,” said Bbumba.

She cited the Entebbe – Mutundwe Transmission Line Project where the loan committed in October 2013, had a loan disbursement rate of zero percent as of June 2019.

The Deputy Speaker, Jacob Oulanyah said that prolonged power blackout in Gulu was causing unrest in the region.

“Why is it that in Gulu people are living without power for months?  People are running their small industries on diesel,” said Oulanyah adding that, “we have had demonstrations in the north and it has caused us problems and the same problem is in the West Nile.”

This, Bahati explained will be settled using funds approved by Parliament last year to fix power shortages in Northern Uganda. 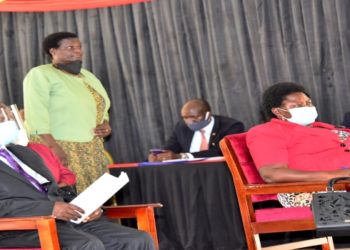 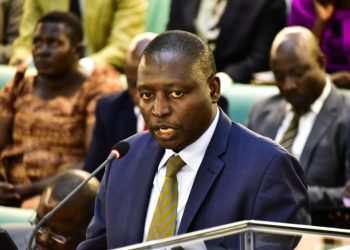 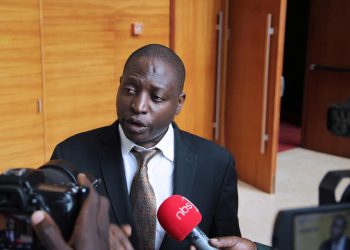 Uganda to achieve middle income status by end of 2020 – Minister