NAKAWA – Police have in the wee hours of Friday, January 31, 2020, foiled a robbery attempt at Land Mark Hostel Nakawa in an anti-crime operation.

Kampala Metropolitan Area spokesperson Luke Oweyisigire explained that Police at Bugolobi Police station received information of an alleged shooting at the students’ hostel before immediately responding to the scene.

The Hostel is guarded by private guards from GKO Security Company.

It is alleged that the thugs used master keys to further access rooms of the two female students, who were also in their rooms deep asleep.

Upon accessing the rooms, Oweyisigire said they robbed the students’ properties like phones and a laptop. 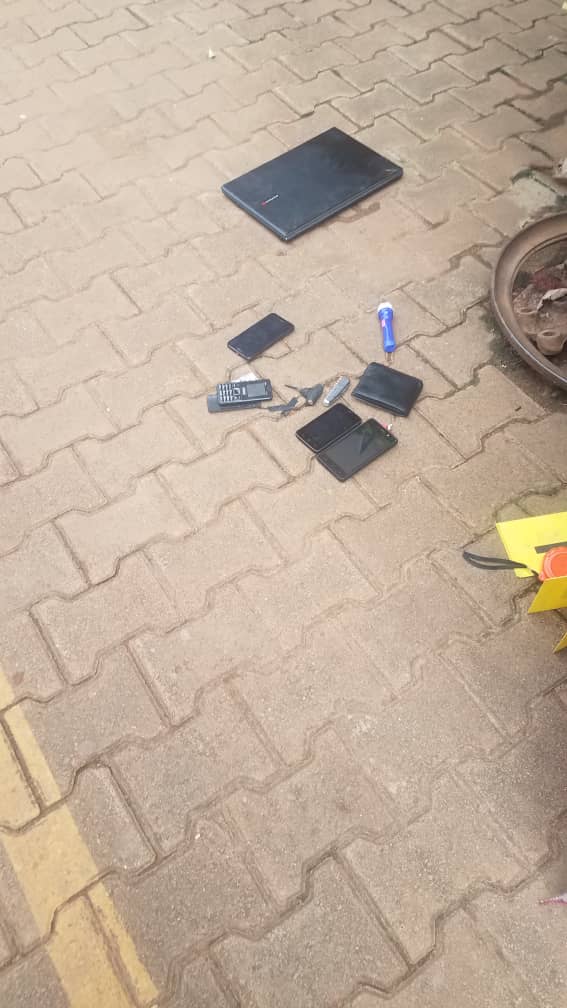 “The guard later saw them running away from the scene. He ordered them to stop but instead, one of the thugs allegedly turned against him and attempted to disarm him. The guard amidst a lot of struggle managed to overpower the suspected thug and shot him,” he said.

The other two suspects consequently took off having realised that the third one had been shot.

Police say the deceased is still unknown as he had no identification document on him.

Police have since recovered one laptop and four mobile phones that had been stolen from the students’ rooms.

Oweyisigire said a gun serial number UG POL 12084537 00236 which the deceased attempted to grab from the guard was recovered having been partially damaged by the deceased.