Also sworn in at the same function were Mike Chibita who has been Director of Public Prosecution (DPP), Percy Night Tuhaise and Ezekiel Muhanguzi all are Supreme Court Justices.

The ceremony was held at State House Entebbe on the evening of Tuesday January 14.

Museveni congratulated the new Justices for elevation to the highest court and also saluted the outgoing Principal Judge Yorokamu Bamwine for a job well done.

Museveni urged the newly sworn-in judges to be fair in their decisions and also corruption free in a bid to guard the reputation of the Judiciary.

“The population must first trust you (judges) and have confidence in you so that when they come to you, they expect their cases to be decided fairly and without corruption,” he added.

“I am glad that God and history have given me an opportunity to participate in rebuilding Uganda’s Judiciary,” he said.

Museveni said he would share his detailed views on what the institution is doing well and areas that can be improved at an upcoming judges conference.

The President last year appointed a total of four judges, three of whom are to serve on the Supreme Court and one as Principal Judge. 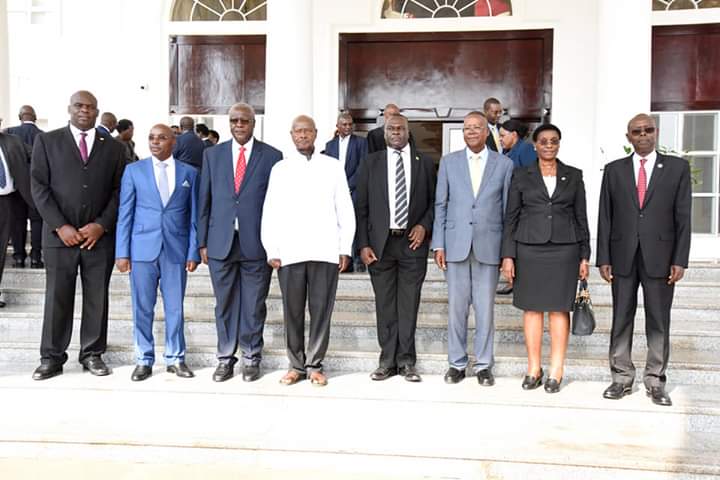 Justice Dr. Zeija has been the resident Judge at Mbarara High Court Circuit since 2017.