KAMPALA – With the acknowledgment of the key role women play in averting conflicts in their societies, the Speaker of the Parliament Rebecca Kadaga has called for the inclusion of women in active conflict resolution especially in Africa.

Speaking at the Ninth Conference of Parliamentary Muslim Women held during the Parliamentary Union of Islamic Conference (PUIC) on Wednesday, January 29, 2020, in Burkina Faso, Kadaga said the international bodies and governments should consult and involve women in mitigating conflicts around the world.

The conference was part of a series of meetings related to the 15th session of the PUIC under the theme; Youth, the future of PUIC running from the 27 to the 30 January 2020. in Ouagadougou.

“It is a matter of grave concern that we have very few women who lead peace missions; the former UN Secretary-General, Ban Ki Moon advised that women be appointed as special envoys but that has not been realised,” Kadaga said.

She said that the African continent has many conflicts necessitating the bestowment of more women as special envoys to conflict resolution missions so that they lead instead of being advisors.

“On these missions, women are taken as gender advisors with no guarantee of their advice being seriously adopted,” Kadaga added.

The Speaker said that attention should be given to the peace agreements and their gender sensitivity. She said that they should account for the women and children as well as address their needs as victims of conflict.

“We want post-conflict management programmes that are tailored for women because they face challenges unique to gender during and after conflicts; this can only be realised with more women inclusion,” she said.

Kadaga said that while men have the authority and means to start wars, women tend to look for alternative means to deal with conflict for the sake of safe-keeping their families.

She added that women are more democratic and able to work together to mobilise their children and societies towards recovery from conflict.

Speaker Kadaga acknowledged the response of the member states of PUIC to the cry for more involvement of women in key political positions citing the United Arab Emirates(UAE)  appointing the first female leader of the National Assembly, Amal Al Qubaisi and Bahrain first female Speaker of the Council of Representatives, Fawzia Abdulla Yusuf Zainal.

PUIC is composed of 54 member states that are under the Organisation of Islamic Cooperation founded in Iran in 1999. 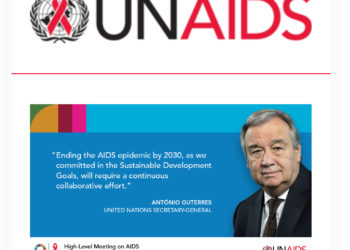