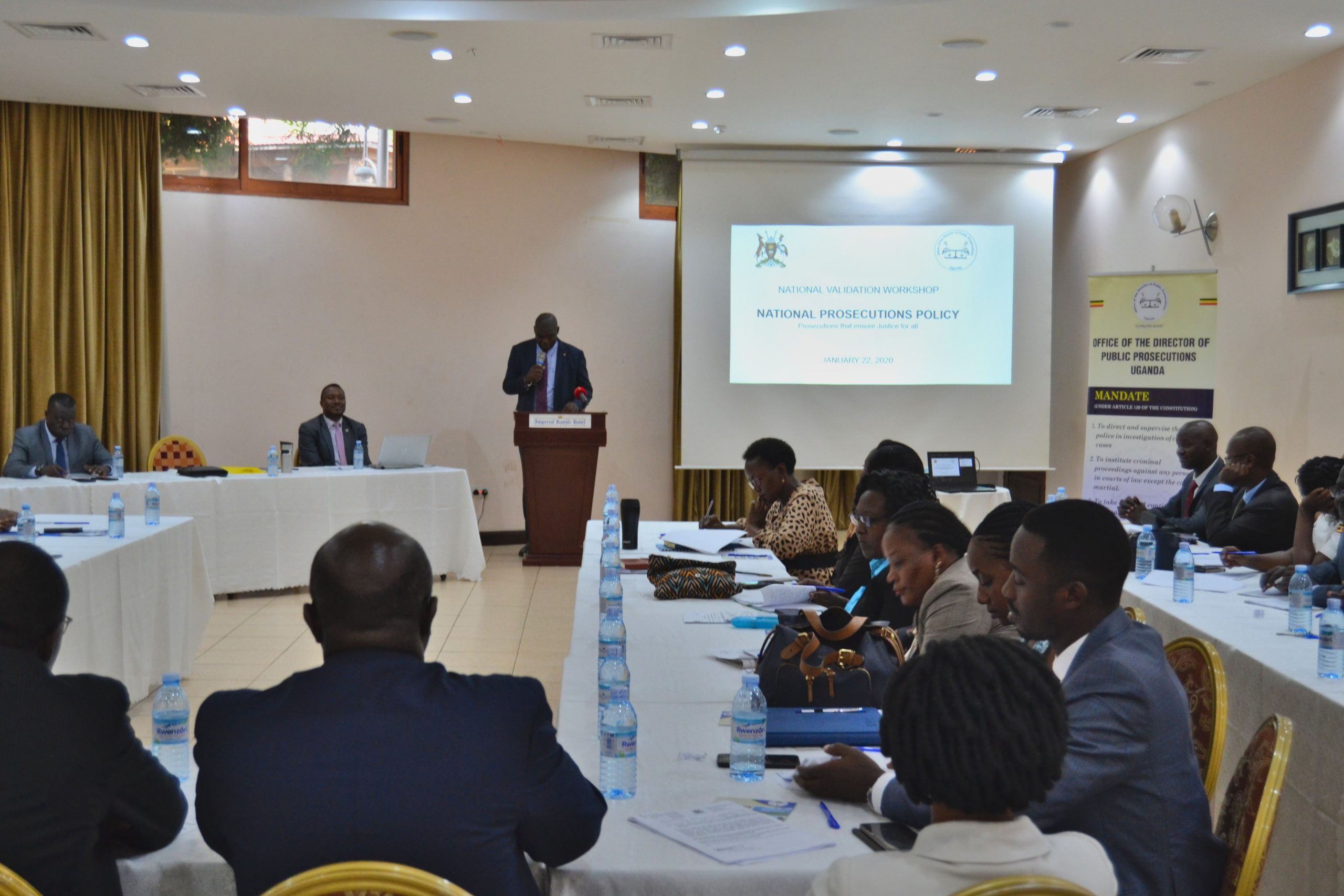 KAMPALA – The Office of the Director of Public Prosecutions has embarked on a process to put in place Uganda’s first National Policy on Prosecution due to the challenges it is experiencing in prosecuting criminal matters.

The proliferation of legal and other interventions such as legislation and new agencies have resulted in increased inconsistency and reduced capacity of the institution’s flexibility to effectively address crime.

The process commenced in 2017 with the drafting of a Regulatory Impact Assessment Report, followed by a draft National Policy on Prosecution.

Three regional consultative workshops were held in Western, Eastern and Northern Uganda that brought together various key stakeholders across the country to review and enhance the draft.

Key stakeholders at the National validation workshop on the prosecutions policy have on Wednesday, January 22 gathered at the Imperial Royale Hotel, Kampala to validate the draft policy.

The Chief Guest, Hon. Justice Mike Chibita, Justice of the Supreme Court of Uganda stressed that the DPP office does not have an Act of Parliament to elaborate its work, even though it has the largest number of prosecutors and also licenses other agencies to conduct prosecutions.

That over the years it has become imperative that Uganda’s first National Policy on Prosecution be put in place to guide all prosecutions.

The purpose of the Policy is to guide prosecutorial agencies and institutions in Uganda to conduct, exercise and perform their powers under a coordinated, cohesive, fair, transparent and consistent justice system that ensures justice for all. The Policy is a bedrock for supportive Acts of Parliament and attendant Regulations to streamline the conduct of all prosecutions, enhance public confidence in the justice system and contribute to broader efforts to ensure a crime-free society.