They have since been taken to Kasangati Police station.

Bobi Wine was scheduled to hold a consultative meeting at Our Lady of Good Counsel church in Gayaza, Catholic Parish.

Rounds of teargas and bullets have been fired in Gayaza.

While Kyagulanyi planned the consultation meetings under Sect. 3 of the Presidential Elections Act, the police accuse him of acting in contravention of Sect 13 of Public Order Management Act 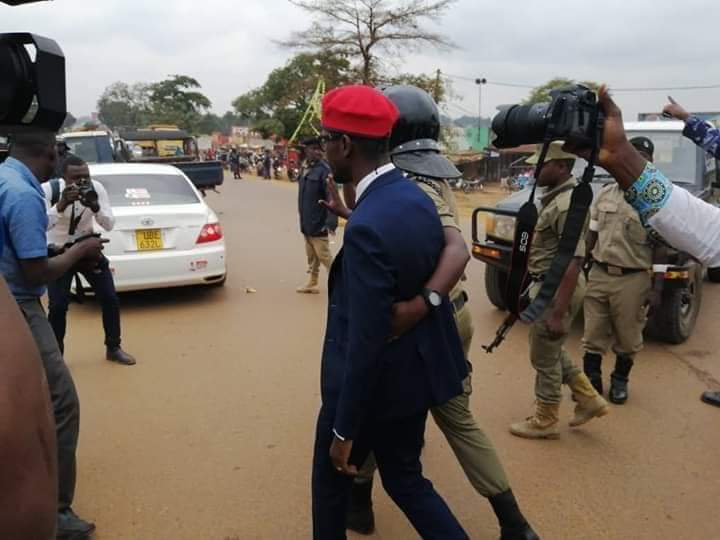 Police have since ordered tent and music service providers off the place arguing the grounds are open and consultations should be in closed spaces.