UPDF announces mass recruitment of more soldiers ahead of 2021 polls

Brig. Karemire said in a statement that the recruitment will be carried out for foot soldiers who are required for beefing up national security and supplementing the foreign deployments that the Uganda People’s Defence Forces (UPDF) have undertaken in various countries including Somalia.

The army this week dispatched battle group 29 to beef up security in Somalia. 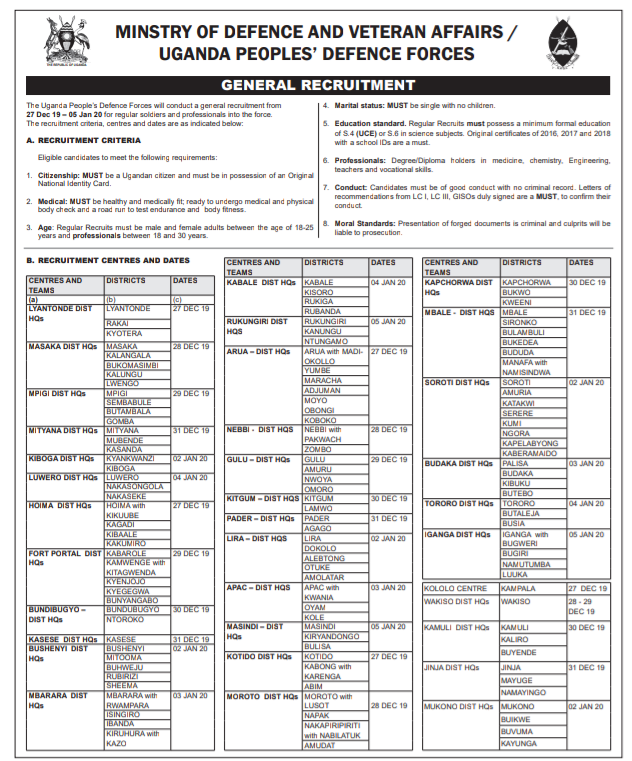 Announcing the recruitment drive at army headquarters in Mbuya, Brig Karemire
said one must be single with no children to avoid family distractions.

The exercise will rum from December 27 to January 5.

The successful recruits will be drilled through the rigorous training process of the army before being commissioned into the force.

To qualify for army recruitment, one ought to satisfy a string of conditions. 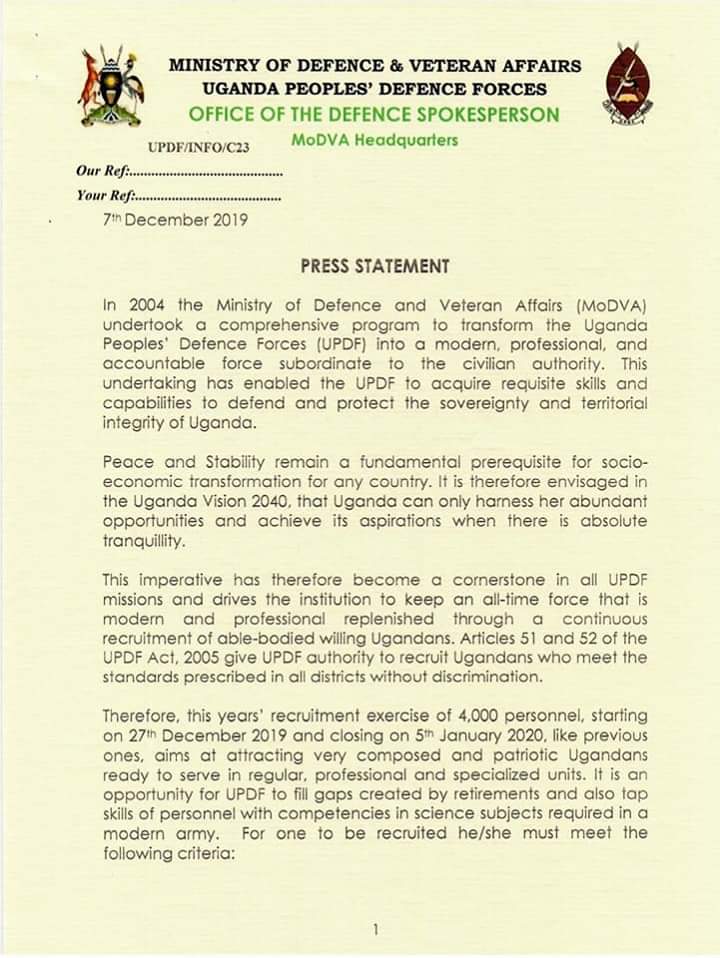 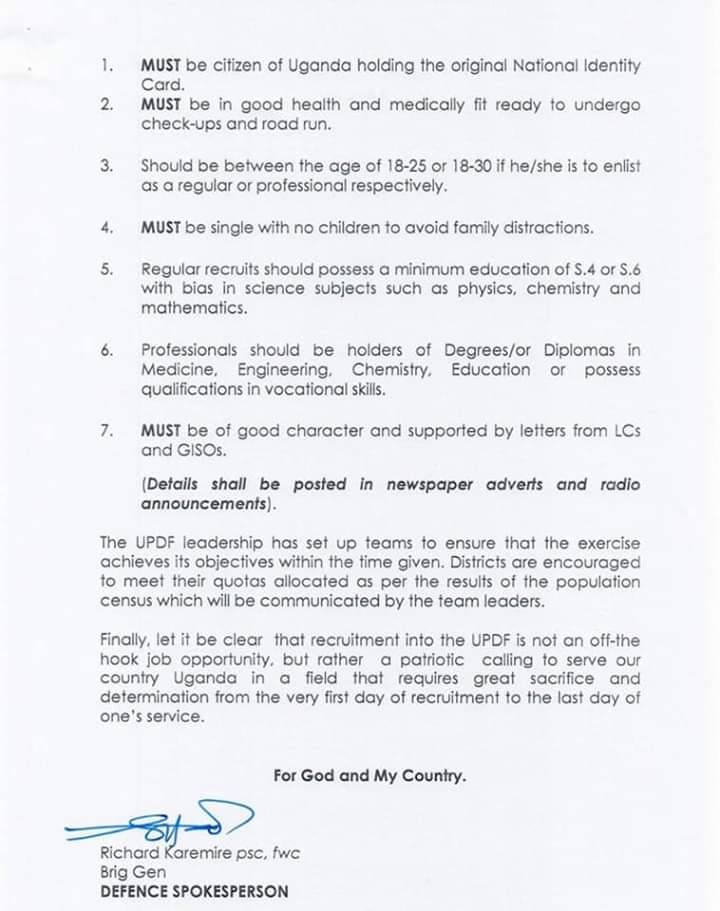 These conditions include having a full set of teeth, have all body parts, have no health troubles like asthma and sinusitis among others.

Other conditions include being a citizen of Uganda with National Identity Card.

Brig Karemire noted that regular recruits should possess a minimum of Senior Four or Senior Six with bias in Science subjects such as Physics, Chemistry and Mathematics.

He said UPDF has set up teams to ensure that the exercise achieves its objectives.

Uganda moves towards its next general election in 2021, and UPDF says it will ensure peace prevails before and after the much anticipated polls.