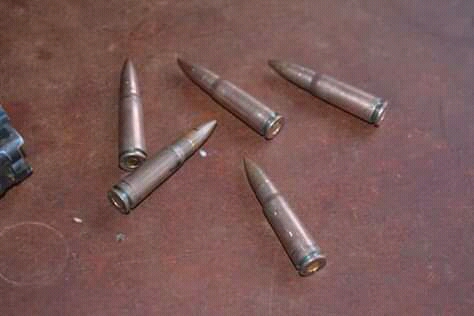 RUKUNGIRI – Rukungiri district police station has 3 of its men in custody on allegations of shooting and killing a reveler.

Those in detention are No 44047 Sergent Twebaze David, No 35494 Detective Constable Agaba Busingye, No 049 Special Police Constable Begumisa Baziira, all attached to Kebisoni police post in Rukungiri district.

The trio is accused of a shooting which led to the death of 21-year Benon Tibesigwa at a music concert while ushering in Christmas in the wee hours of Wednesday morning at Mukatensani trading centre in Kebisoni town council Rukungiri district.

Tibesigwa had just completed form six education at St. Jerome Secondary school Ndama in Kebisoni Sub County.
Preliminary investigation by police indicates that the deceased met his death when a team of police officers from Kebisoni Police station invaded the disco hall accusing the organizers of staging an event without police clearance.

According to Benjamin Turyasingura, an en eye witness and a brother to the deceased, as the organizers and revelers tried to negotiate with the police officers, situation got out of hand and started the Policemen shooting uncontrollably.

It is said that of the fired bullets one hit Tibesigwa in the chest Tibesigwa and he was rushed to Kalori Lwanga Hospital Nyakibale where he was pronounced dead upon arrival.

Mr Elly Maate, the Kigezi Region Police spokesperson said when police demanded for an explanation on why the music show was organised without their knowledge, the revelers turned rowdy and attempted to attack them.

Mr. Maate added that it’s from this scuffle that the officers started shooting in the air and a stray bullet ended up landing on Tibesigwa.

Postmortem was done at Rwakabengo health centre 3 in Rukungiri Municipality and the deceased’s body handed over to the relatives for a descent burial.

The incident comes just days after the Kigezi police mouthpiece released safety precautions that people should ensure during the festive season where police warned event organizers to have their shows cleared before or else they be cancelled and dubbed unsafe for revelers.