KAMPALA – President Museveni on Wednesday, December 04, 2019 led the anti-corruption walk from Constitution Square to Kololo Airstrip. The walk was aimed at intensifying the fight against corruption.

The walk led by Mr Museveni started at around 8.30 am from the Constitution Square to Kololo Ceremonial Grounds where the main event took place. He was accompanied by ministers, Members of Parliament, members of civil society organizations and religious leaders among others. 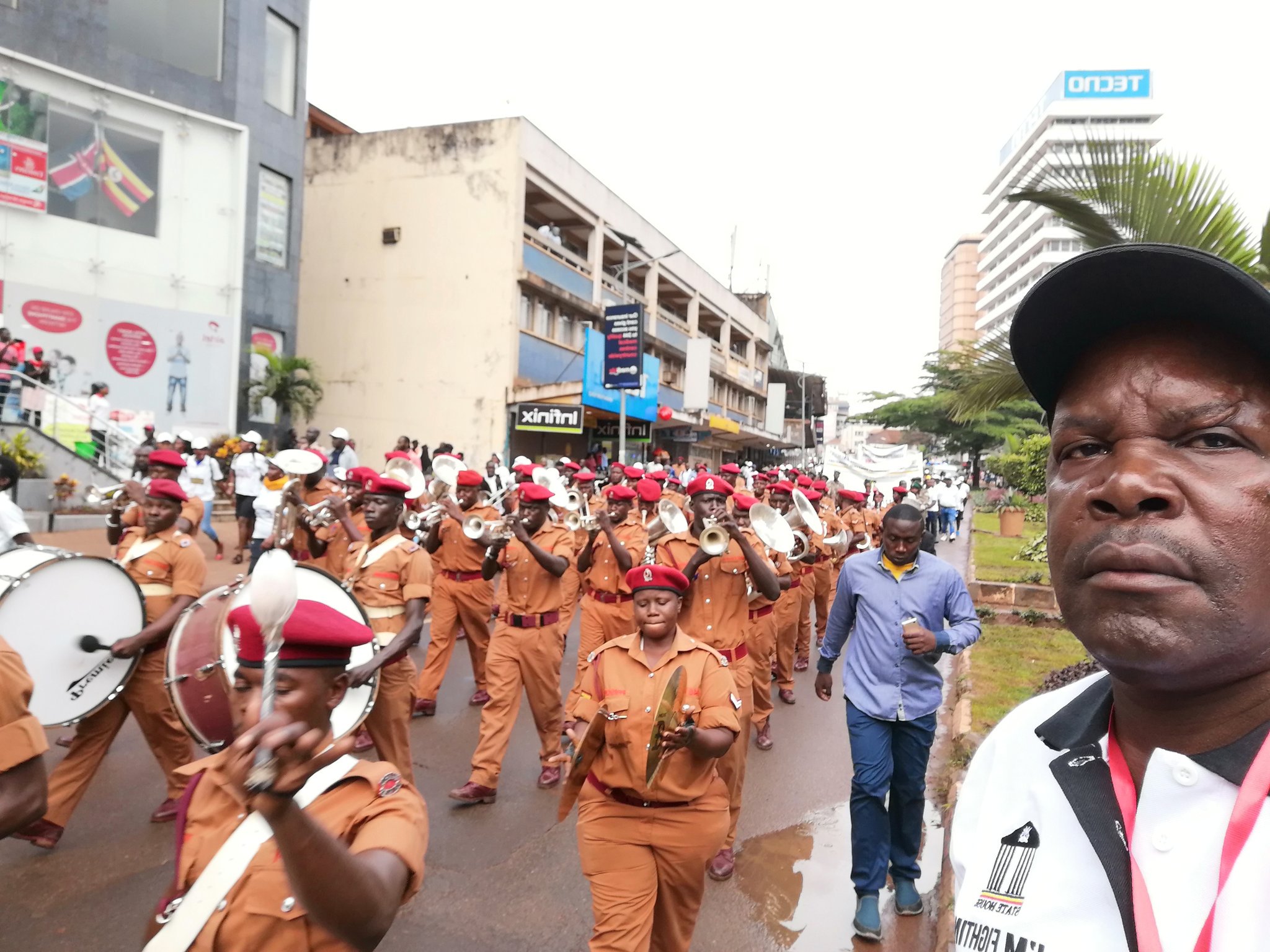 Several Ugandans and journalists took pictures from the event that have since become a subject of discussion. One is of an unidentified official with a big belly, which drew hilarious comments from many Ugandans.

Veteran journalist Charles Onyango-Obbo tweeted: Been seeing this photo from today’s improbable #AntiCorruptionWalk by the Uganda govt. This is what the fellows who said “a picture is worth a thousand words” dreamt of. On that note, we shall leave it here.”

Daniel Tumwine tweeted: “Looks the guy who took my money and didn’t deliver what he promised.” 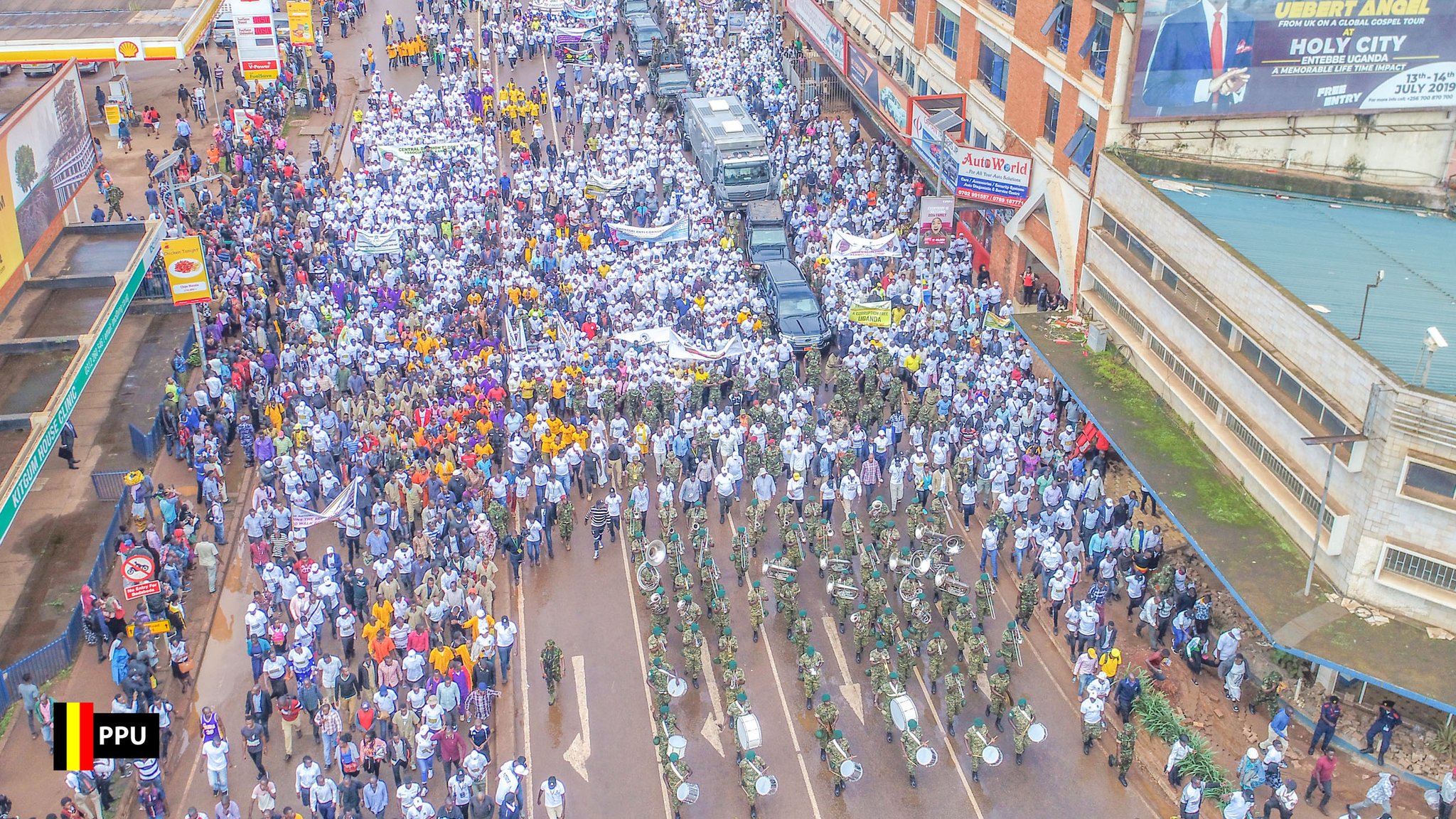 The other is of President Museveni doing warm ups during the event. He said in a recent letter to Ugandans that he had willfully shed off weight from 106kg to 76kg. He explained that the healthy weight for his height is 76Kg and that walking long distances is nothing to him.

Canary Mugume tweeted: “The president launched and signed the ‘Zero tolerance to corruption policy. No one cared to explain to the people what it entails and it’s objectives, time frame, implementation plan, etc. Why? Wasn’t priority? 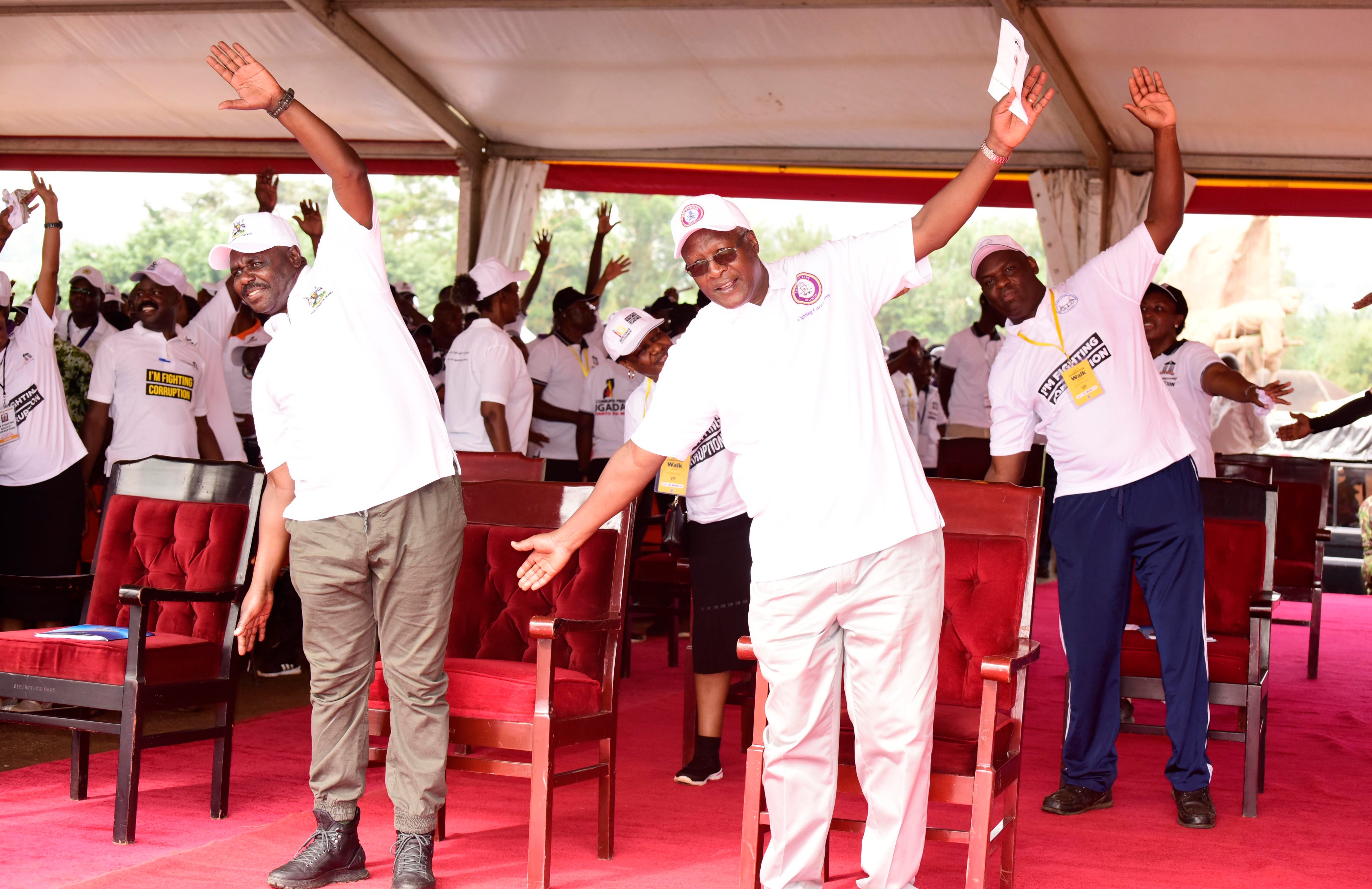 Hebert Ben Oluka wrote on Facebook: “President Yoweri Museveni told Ugandans gathered by his government for today’s “anti-corruption walk” that “I have never stolen from anybody but I am rich.” And then it started raining shortly after. The heavens literally laughed till their tears dropped all over Kampala.”

Grace Natabaalo tweeted: “Museveni should do that thing that preachers love to do in Church. Turn and face your neighbour and tell them they are corrupt. #AntiCorruptionWalk.” 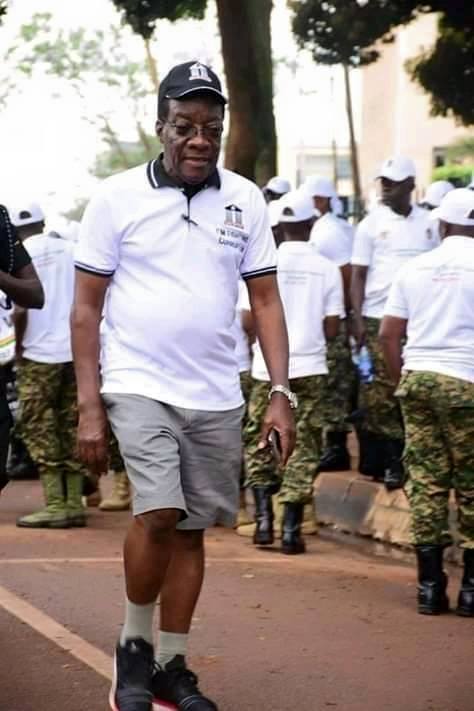 Joachim Buwembo posted: “Israel’s Benjamin Nentanyahu to face trial lasting 30 days in Jerusalem District Court (the Buganda Road Magistrates of Israel) on corruption charges. The Attorney General has today written to Kneset Speaket notifying him of the impending trial. If only Nentanyahu had used Uganda’s example and marched against corruption maybe he wouldn’t find himself in this embarrassing situation. At least the AG would have been touched by his boss’s gesture of concern over corruption.” 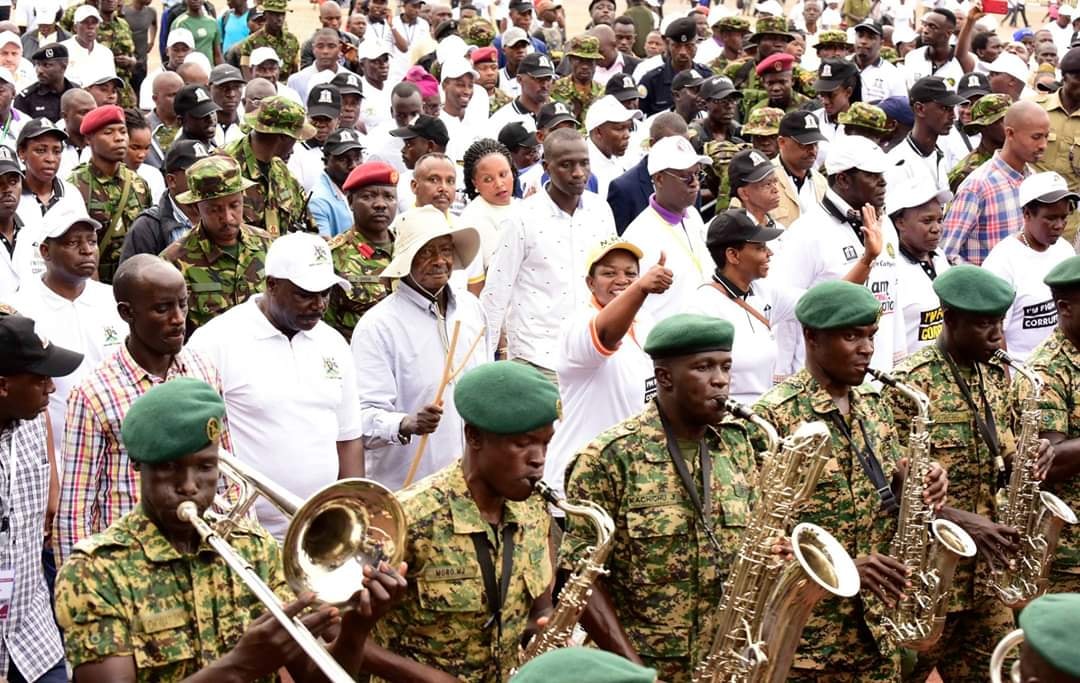 Daniel Kawuma tweeted: “If they arrested every Ugandan with a VIP pass at the 2019 #AntiCorruptionWalk, Uganda would be a corrupt free Nation. #WastedOpportunity”

Chris Nkwatsibwe tweeted: “For Ugandans to understand the commitment of government in fighting corruption. Let the organisers of the #AntiCorruptionWalk 2019 share the budget for organising the event. You will be shocked.” 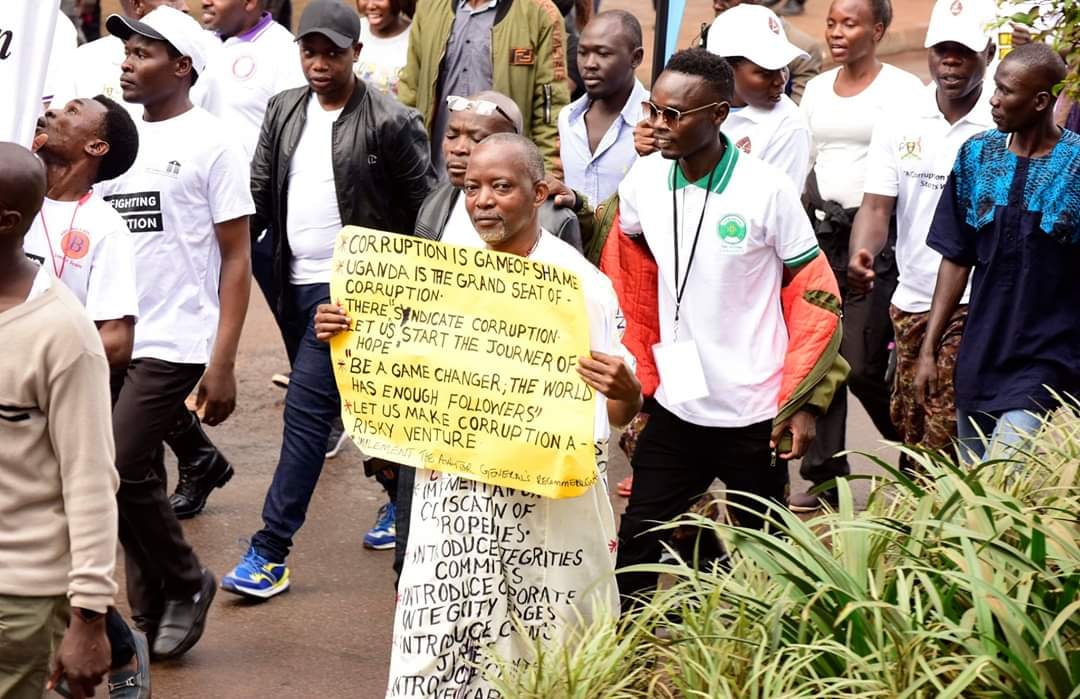