The project in Puti Puti Sub-County is a previously degraded wetland which has been restored and the community around it sensitized on wetland management.

Undertaken by the Ministry of Environment with support of the United Nations Development Programme (UNDP), the project has seen over 70 hectares of previously degraded wetlands restored, five fishponds excavated to support the communities, a big water reservoir constructed and a mini solar-powered irrigation system installed.

Museveni said that the project follows his concern on the continued degradation of wetlands across the country and it is aimed at showing that restoration and conservation of wetlands is possible.

“It is also possible for communities to sustainably use wetlands (like excavating fish ponds on the edges) without necessarily destroying them,” said the president.

He said, “the general public needs to know that God created these natural features like swamps for a reason. They are water catchment areas and help in forming rain among other uses, calling for the need to protect and conserve them.” 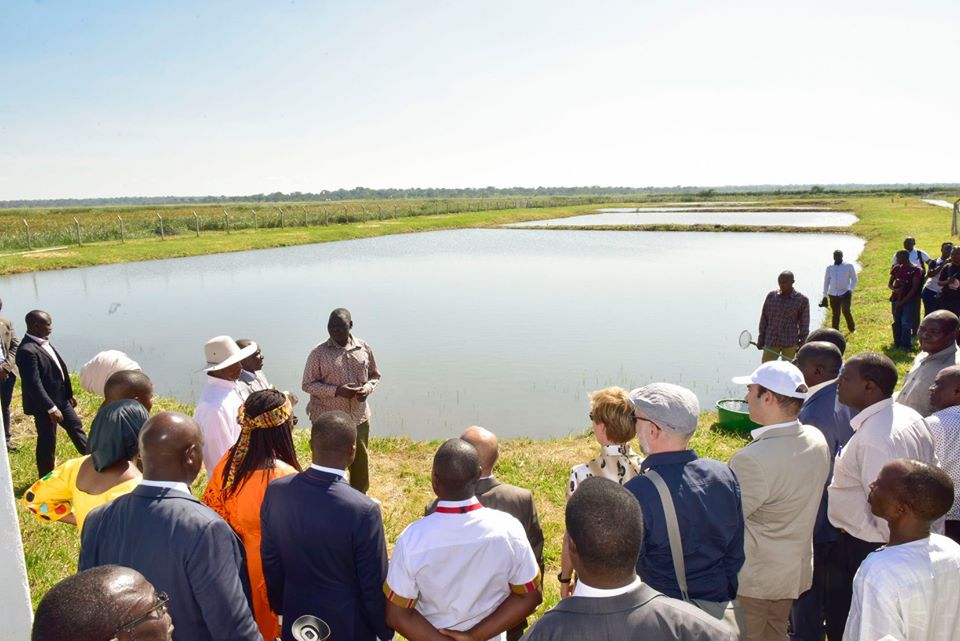 Museveni said that the government will replicate this formula employed in Limoto to other parts of the country to ensure that all degraded wetlands are reclaimed.

He directed people who had invaded wetlands vacate them. “We shall help the communities living near wetlands to engage in enterprises that do not destroy them.”