KAMPALA – The Minister of State for Gender and Culture Affairs, Ms Mutuuzo Peace Regis, on Wednesday morning presided over celebrations to mark the International Day of Persons with Disabilities at Iganga Municipal Council Primary School in Iganga town.

The event started with a procession through Iganga town to raise awareness about issues affecting the Disability fraternity. This year’s celebrations are being held under the theme: “Promoting Disability Inclusive Programming for an Accessible Future”

The day is commemorated to create awareness on the importance of promoting equality and full participation of Persons with Disabilities in social life as well as development.

According to the National Housing and Population Census of 2014, 12.4% of the entire population of Uganda are Persons with Disabilities. This translates to about 4.8 million people. 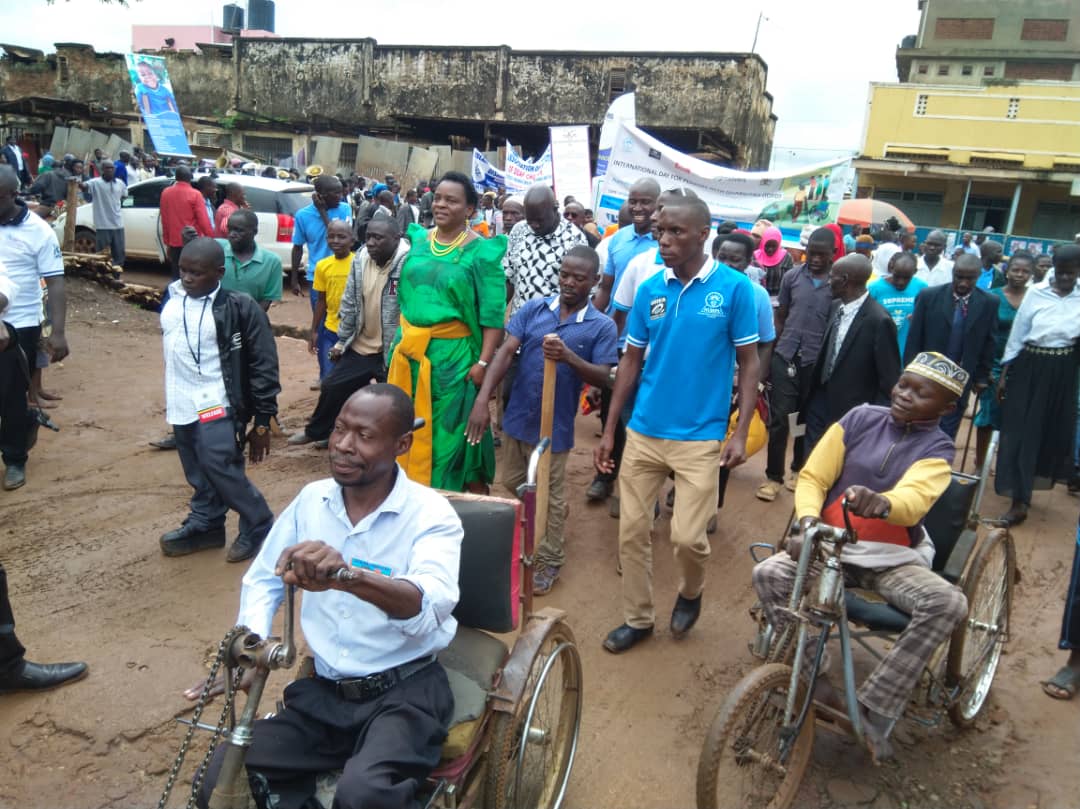 The study further revealed that for every type of Disability, prevalence was highest among the adults, which implies that disability increases with age.

The study identifed key causes of Disability among adults as; accidents at home, malaria and road traffic accidents.

For children 2-17 years the common causes are; congenital (from birth) and sickness especially malaria and measles.