KAMPALA — Thousands of recruits turned out for the Uganda People’s Defense Forces recruitment as a country wide exercise kick starts.

The exercise was flagged off by the RCC Kampala Hon Faridah Mayanja Mpiima who thanked the recruits for turning out in big numbers.

She told them that working with UPDF is offering a service, that if one has come with an intention of looking for a job she or he is in wrong place.

The RCC told them to be disciplined as they begin their professional journey and most especially at the training school.

Brig Gen Winston Byaruhanga the head of the recruitment team of Kampala Extra, emphasized discipline and further said this exercise is an annual UPDF event which does not reflect anything political as it maybe stated by some elements in the general public. 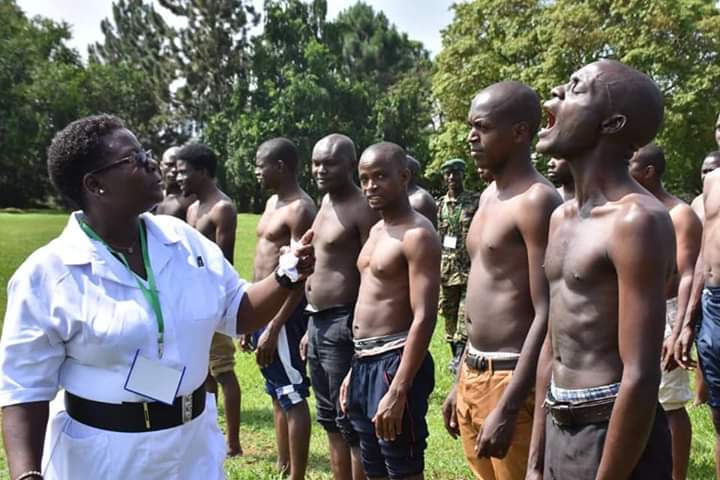 The ten days exercise is intended to recruit a total of 4000 recruits from all districts of Uganda as both professional and regular soldiers.

Among the professionals include Doctors, Nurses, Engineers, Lawyers , Teachers, UACE certificates majoring in science subjects between 18- 30 years of age.
Regular soldiers should have obtained a UCE certificate of 2016, 2017 and 2018 and also between the age of 18-25 years.

The recruits have been tested on physical, health, academics and other requirements.

Several of the recruits were turned away for having scars, tattoos and missing teeth. 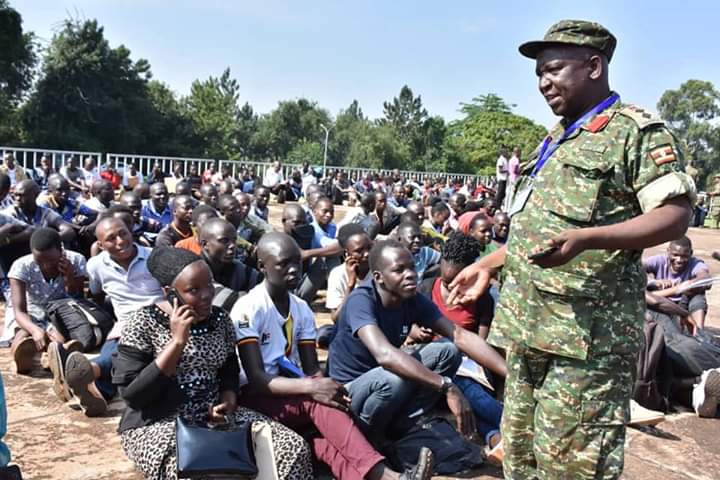 The teams will proceed with the exercise in other districts until 5th of Jan 2020.