Cabinet has okayed plans by the Ministry of Energy and Minerals to go construct a dam along Murchison Falls despite outcry from environment and tourism activists that the development would be detrimental to the country.

The cabinet position was communicated by both Minister of Energy Irene Muloni and Minister of Tourism Ephraim Kamuntu while addressing journalists at Uganda Media Centre this morning.

“In making the decision, Cabinet considered the need to have the feasibility study undertaken because that is the only scientific way to determine the impact of the project on the environment, tourism and ecology at the proposed site,” the minister explained,

The minister said that Uhuru Falls and Murchison Falls are separate falls that are adjacent to each other.

Minister Muloni said that the demand for power is growing at about 10% per annum which calls for continuous development of renewable energy sources including hydro which is one of the cheapest forms of renewable energy. She said the excess power Uganda has will be absorbed as soon as the industrial parks are completed. 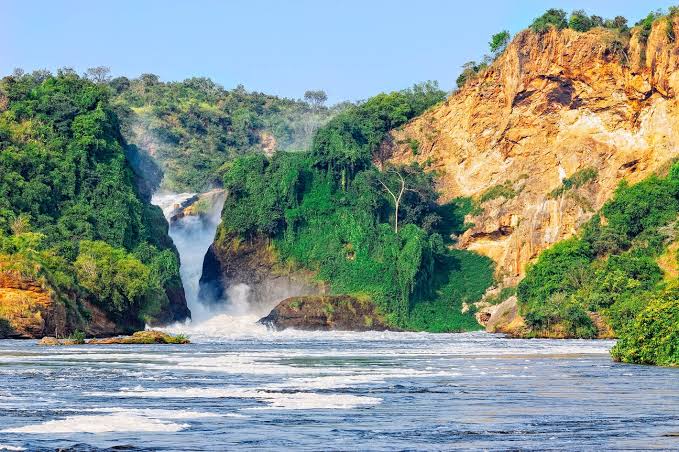 A scenic view of the Murchison Falls (PHOTO/File).According to the most recent UBOS electrification survey, the national electricity access rate now stands at 50% with 26% on the grid and 24% on the off-grid.

The minister detailed the history behind the decision to construct a dam at Murchison Falls stating that on August 26, Cabinet was apprised of the power developments in the country among which was Uhuru falls and halted the process of the development of the Uhuru Site.

When processing an application for a permit in line with the Electricity Act, 1999, ERA has to consider the impact of a proposed project on public and private rights benchmarking which includes; consideration of the environmental, economic, social and cultural impacts of a proposed project on the existing power and eco-system and also undertaking consultations among the various stakeholders.

This was after Government had signed a MoU with Bonang Energy and Power Ltd from the Republic of South Africa leading a Consortium that includes among others Norconsult and JSC Institute Hydro project to undertake detailed feasibility studies. The company applied for a permit to ERA to carry out a detailed feasibility study to guide the decision on the development of the proposed Uhuru Hydropower Project

Kamuntu said that conservation of flora and fauna is not a choice for anyone as it is a command of the constitution.

Muloni said, “Government will ensure thorough supervision of the feasibility study so that its interests are taken into consideration including benchmarking where similar projects have been previously undertaken in ecologically sensitive areas. The feasibility study will include assessment of the technical, environmental, socio-cultural, economic and financial viability of the project.”