KAMPALA —As ICAO’s Eastern & Southern Africa (ESAF) region States celebrated the International Aviation Day (2019) at the BOMAS of Kenya, Uganda CAA was appreciated by the global aviation body with three certificates and medals for playing a key role in celebration of ICAO’s 75 years of ‘Connecting the World’. 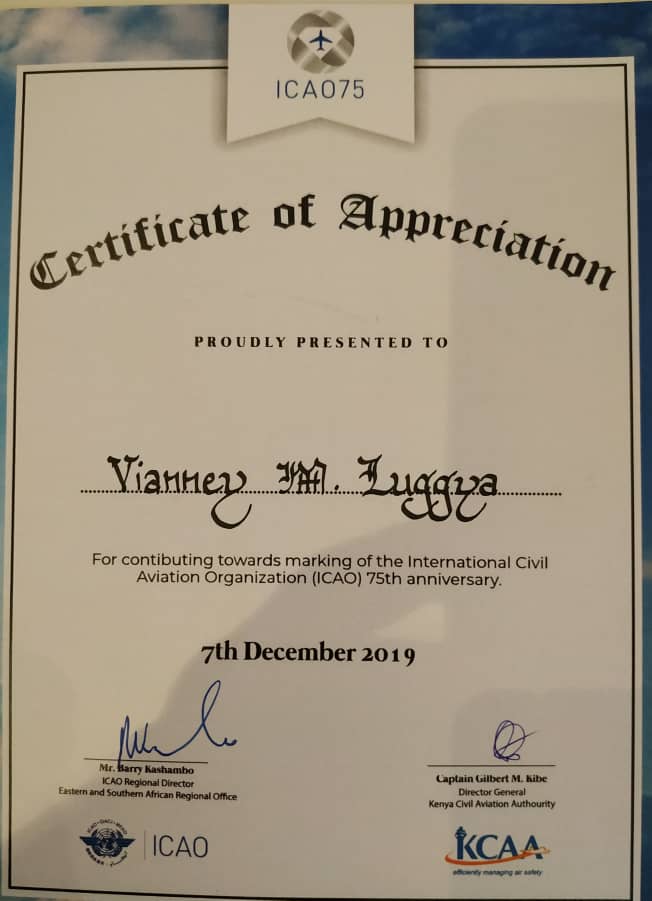 The International Aviation Day is the climax of Aviation Week celebrations, which annually run from December 1-7, every year.

The 2019 Aviation Week celebrations were special as ICAO was celebrating a Platinum Jubilee and therefore urged Member States to undertake celebrations to demystify the aviation industry through out the year.

Uganda is among the States that obliged and engaged in various celebrations, including an Aviation Run whose proceeds were dedicated to supporting a charitable cause at Entebbe Regional Hospital, hoisting of the ICAO Flag and erection of a memorable monument at the Source of the Nile.

The Aviation Run winner and another lucky draw winner from Jinja won Uganda Airlines return flights to Mombasa. There was also an Aviation Quiz and Aviation Tips campaign that run in the media as part of the celebration. Winners of the quiz won all-expenses paid return domestic flights to National Parks in Kasese, Kihihi and Kisoro. 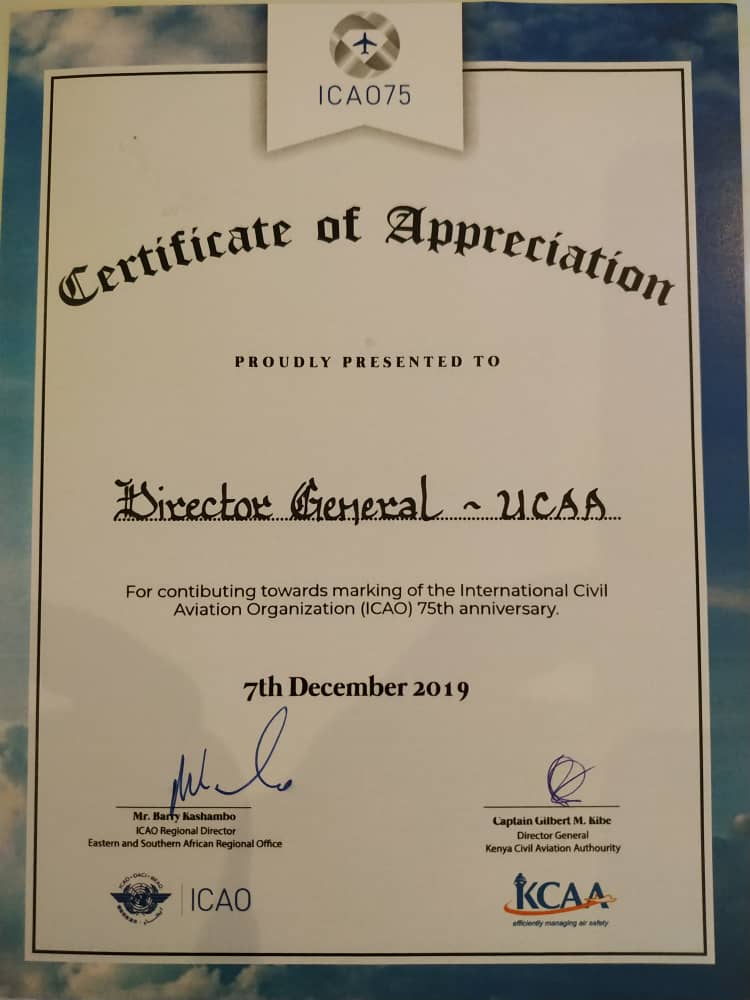 Celebration of the Air Traffic Controllers’ Day in October with a procession, painting of a Basketball Court, a Career Guidance Session and blood donation exercise at Old Kampala SSS were also linked to the ICAO celebrations.

Earlier in May 2019, Uganda succesfully hosted the 6th ICAO African & Indian Ocean (AFI) Aviation Week Conference that was also attended by the ICAO Secretary General, Dr. Fang Liu, at Speke Resort Munyonyo. Many representatives from international organisations and Delegates who attended the Conference commended the hosts for a memorable experience.

The third appreciation certificate for Uganda went to Mr. Zephania Baliddawa, a retired aviator in recognition of distinguished service in the region. It was received by his granddaughter, Victoria Opara. 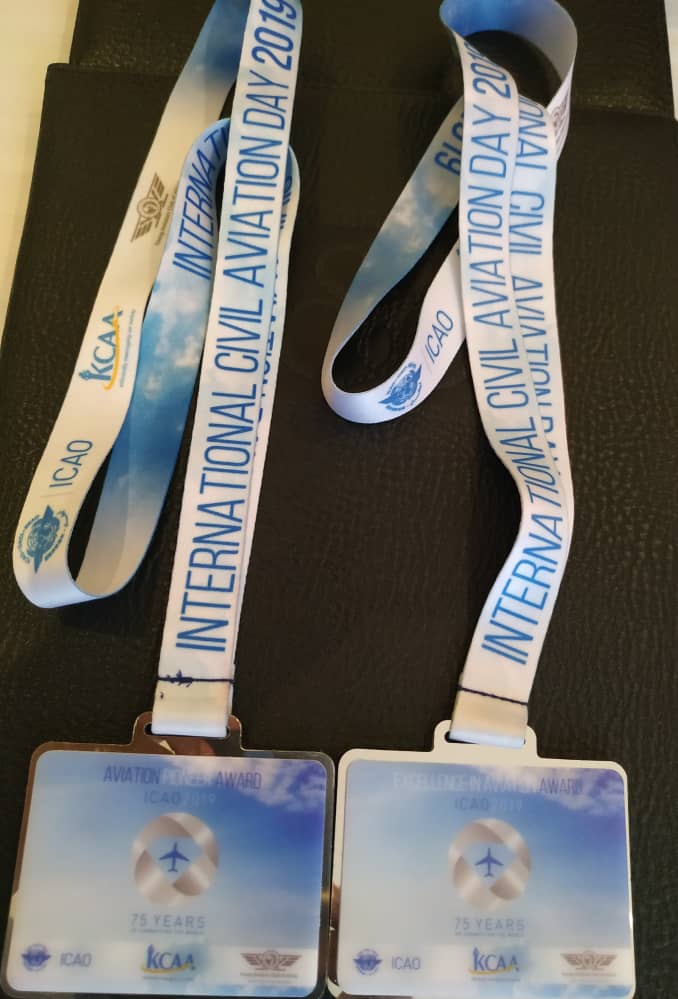 Mr. Baliddawa, who is enjoying his retirement in Jinja was one of the first Air Traffic Controllers in the region and is also a former Board Chairman of UCAA. He also worked with ICAO for several years during his industrious aviation career.