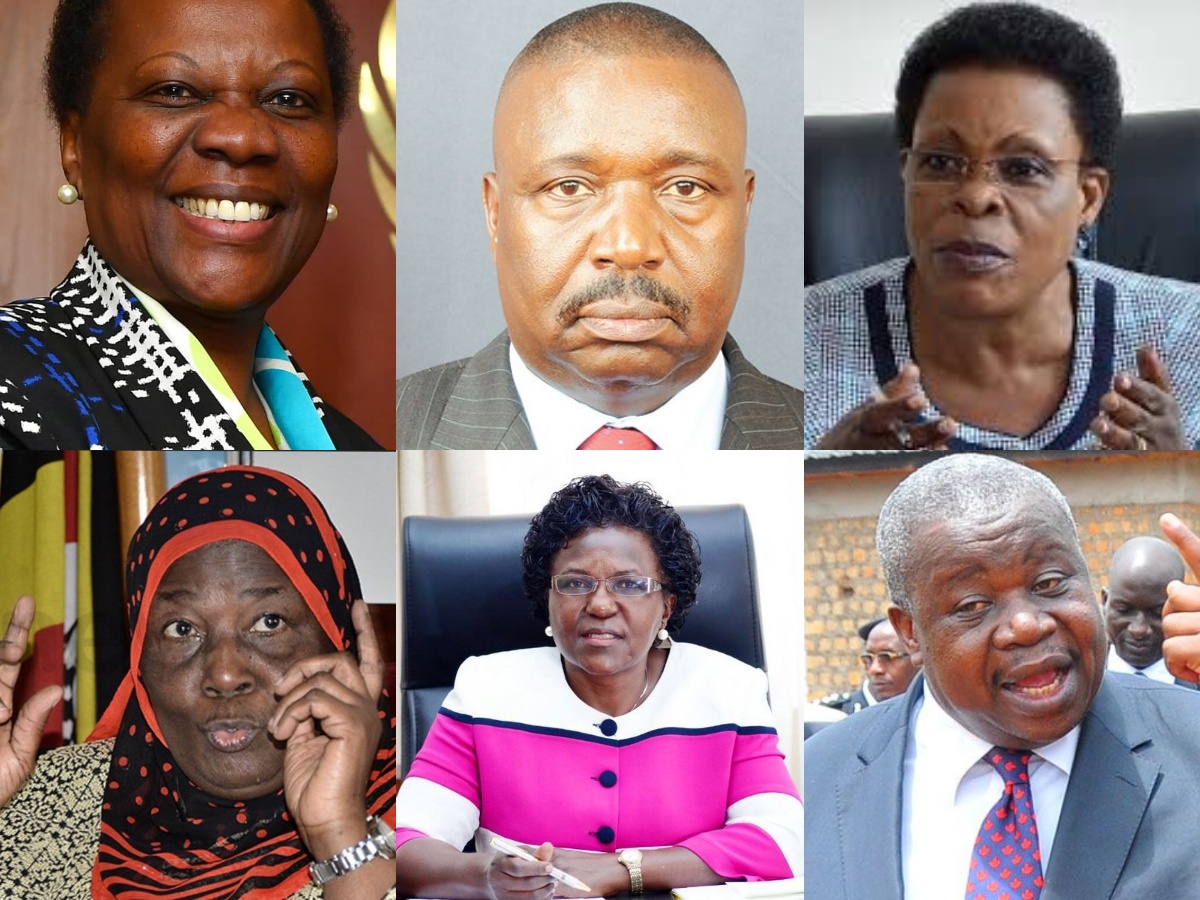 KAMPALA – Irene Muloni, Janat Mukwaya, and Monica Ntege Azuba are some of the biggest casualties in the Cabinet reshuffle announced on Saturday evening.

Muloni, who has the minister for Energy, has been dropped from Cabinet and appointed a presidential adviser. She has been replaced by Mary Gorette Kitutu.

Mukwaya, one of the mainstays in Cabinet, has been dropped from the Gender docket and replaced with Frank Tumwebaze.

Ntege Monica Azuba has been dropped from the Works ministry and replaced by Gen Katumba Wamala who previously served in the same docket as a State minister. Joy Kabatsi, who has been the State Minister for Animal Husbandry, is now the State minister for Works and Transport. Monica Ntege is now a presidential adviser.

Also dropped is the minister without portfolio Abdul Nadduli, who has been appointed presidential adviser.

Betty Kamya has been moved from the Kampala docket to the Lands ministry as a full minister while Betty Amongi moves to Kampala in the same position.

The entire Justice ministry has been changed, with Kahinda Otafiire being sent to the East Africa affairs as a full minister. Prof Ephraim Kamuntu moves from the Tourism ministry to replace Otafiire as a Justice minister. Mwesigwa Rukutana has also been moved from the position of Deputy Attorney General and appointed State Minister for Labour. Tom Butime will replace Kamuntu as a Tourism Minister.

Jackson Kafuuzi, who is the MP for Kyaaka South in Kyegegwa District, is the new Deputy Attorney General.

Raphael Magyezi who is the Igara East MP is the new Minister of Local Government.

Full list here:
In  Exercise of the Powers vested in the President by Articles 99(1), 108(2), 108A(1), 113(1) and 114(1) of the 1995 Constitution of the Republic of Uganda, President Yoweri Kaguta Museveni has, in pursuance of the goals of the NRM and Ugandans in general, made minor changes to the Cabinet.
He has appointed persons listed below as Vice President, Prime Minister, Cabinet Ministers, Ministers of State and Senior Presidential Advisors:

Minister of State for Gender and Culture —

Office of the President:

Minister of State for Ethics and Integrity —   HON. LOKODO SIMON;

Minister of State for Economic Monitoring in Office of the Vice President:

Ministry of Defence and Veteran Affairs

Ministry of Trade and Industry and Cooperatives:

Minister of State for Privatization and Investment —   HON. ANITE EVELYN;

Ministry of Energy and Mineral Development:

Ministry of Tourism, Wildlife and Antiquities:

Ministry of Works and Transport:

Ministry of Kampala and Metropolitan Affairs:

Ministry of Justice and Constitutional Affairs:

Ministry of Water and Environment:

Minister of State for ICT and       Communications —   HON. OGWANG PETER;

Minister of State for Youth and    Children Affairs —   MRS. NAKIWALA

Minister of State for Gender and Culture —  MUTUUZO PEACE;

PRESIDENT OF THE REPUBLIC OF UGANDA