KAMPALA – Brig Gen Charles Okidi has taken over the office of Chief Of Staff of Uganda Air Force from Maj Gen Paul Lokech who has been assigned special tasks in South Sudan.

The ceremony was Presided over by the Commander Airforces, Lt Gen Charles Lutaaya.

In his speech, Gen Lutaaya acknowledged the distinguished services rendered by Maj Gen Paul Lokech who has been the Air Force Chief of Staff in the short time he spent in the office and wished him good luck in his new task in South Sudan and Africa in general.

“It’s a well deserved appointment given the vast experience in command and operating in hostile environments in Uganda and outside Uganda especially Somalia where there is now some degree of sanity,” Gen Lutaaya observed.

The Air Forces Commander, further congratulated the new Chief of Staff Brig Okidi for the promotion and appointment well-deserved.

“Let us work as a team in order to promote and fulfill the mission and vision of Air Forces as mandated by the constitution of the Republic of Uganda” Gen Lutaaya emphasised.

In his remarks, the UPDF joint Chief of Staff LT Gen Joseph Musanyufu congratulated the two General officers for the assignments entrusted to them by HE the president Gen Kaguta Yoweri Museveni. 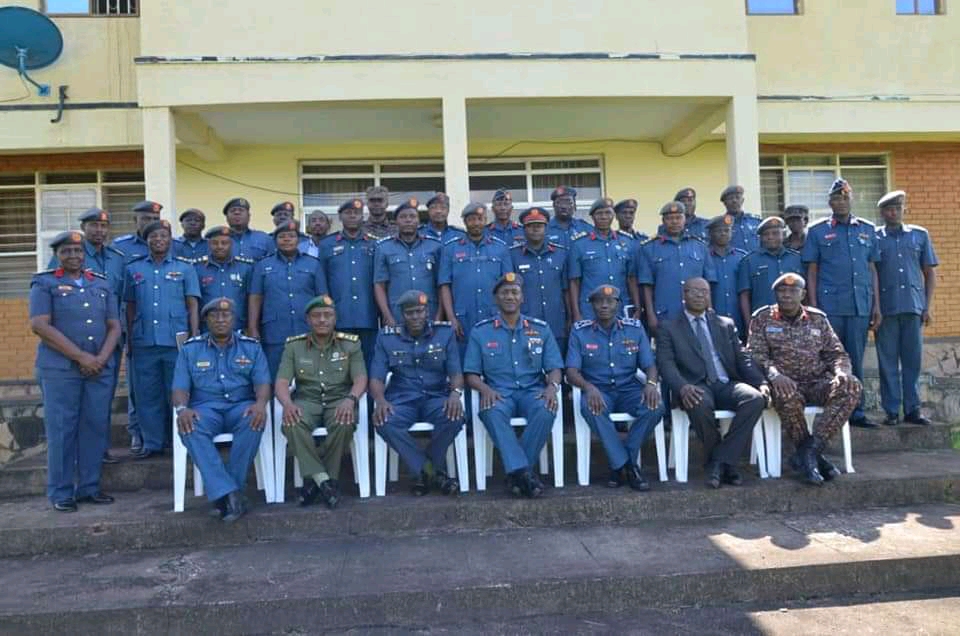 Maj Gen Paul Lokech on his handover remarks advised his successor to emphasize accountability of the limited resources that comes to the Airforce. He highlighted the challenges that requires extra commitment and sacrifice in order to fulfilment the intent of the Commander in Chief in particular and the country in general.

Brig Charles Okidi in his remarks Commended the Commander Airforce Lt Gen Charles Lutaaya for mentoring him and enabled him to be the best suited candidate for the office of Chief of Staff. “You assigned me tasks that were challenging and now the results are manifested” Brig Okidi said.