KAMPALA —Employees and visitors to offices of Vision Group Company Ltd that owns the New Vision, Bukedde TV and affiliate media platforms on Wednesday witnessed drama of sorts after thousands of people besieged the offices reportedly waiting to receive free money from a man who describes himself as the head of Illuminati in Uganda.

The group of people comprising mainly boda riders and others from mainly slum areas of the city were by Wednesday morning at the offices, waiting for one Kamada Mulyowa who had reportedly promised them free cash worth millions of shillings. He had the pledge while appearing on Bukedde TV on Tuesday.

In response, some people are said to have arrived at the offices as early as 4am waiting for Mulyowa.

The presence of such a huge crowd is said to have concerned Vision Group Company bosses who called for more security to oversee the crowd as it waited for its man in vain.

However, anxiety grew and boiled over when the perceived head of Illuminati did not show up, prompting the crowd to start making noise, disrupting business at the usually busy offices.

Around 3pm, security ordered the crowd to disperse but some resisted, prompting members of the Local Defense Unit forces and police to use force to disperse them.

However, Mr Robert Kabushenga, the Vision Group CEO, to avoid escalation of the situation, came out and addressed the crowd.

He apologized on behalf of the company, saying that the man had duped them. This seemed to have calmed down the group, which began to disperse.

Kamada, the self proclaimed head of Illuminati in Uganda, is said to have made the pronouncement on Tuesday evening during a talk show hosted by Uganda Journalists Association head, Bashir Kazibwe on Bukedde Radio.

In modern times, the term Illuminati refers to a conspiratorial organization that is said to mastermind current world affairs using supernatural powers. This organization allegedly controls both governments and multinational corporations. These conspiracy thoughts have some unfortunate roots, in the anti-Semitic “Protocols of the Elders of Zion,” a 20th century hoax from Russia that claimed to be evidence of a conspiracy of Jews to rule the world. 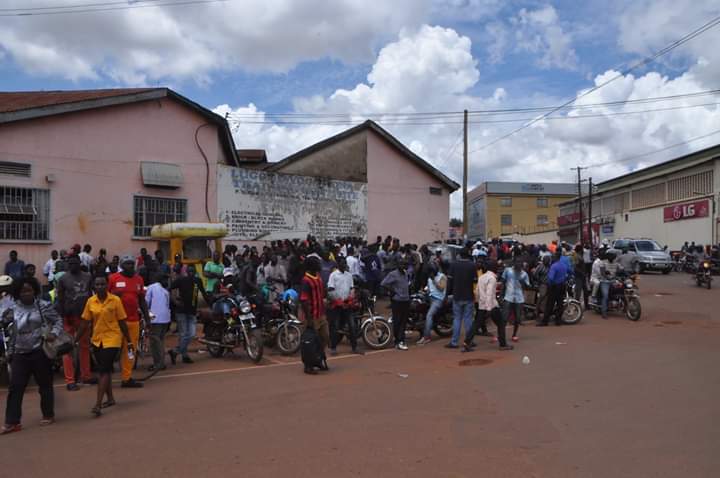 For an infamously shoddy document, the Protocols have had remarkable staying power and often lurk in the shadows of conspiracy theories of all colors.