VATICAN CITY – Pope Francis has appointed Uganda-born Msgr. Joseph Kizito as Bishop of the Diocese of Aliwal in South Africa.

The announcement was made by the Vatican on Friday, November 15.
He will consecrated three months from the date of the announcement.

Msgr Kizito, who is the current Vicar General and Parish Priest of Aliwal North Cathedral Parish, was born on 2 July 1967 in Kampala (Uganda). 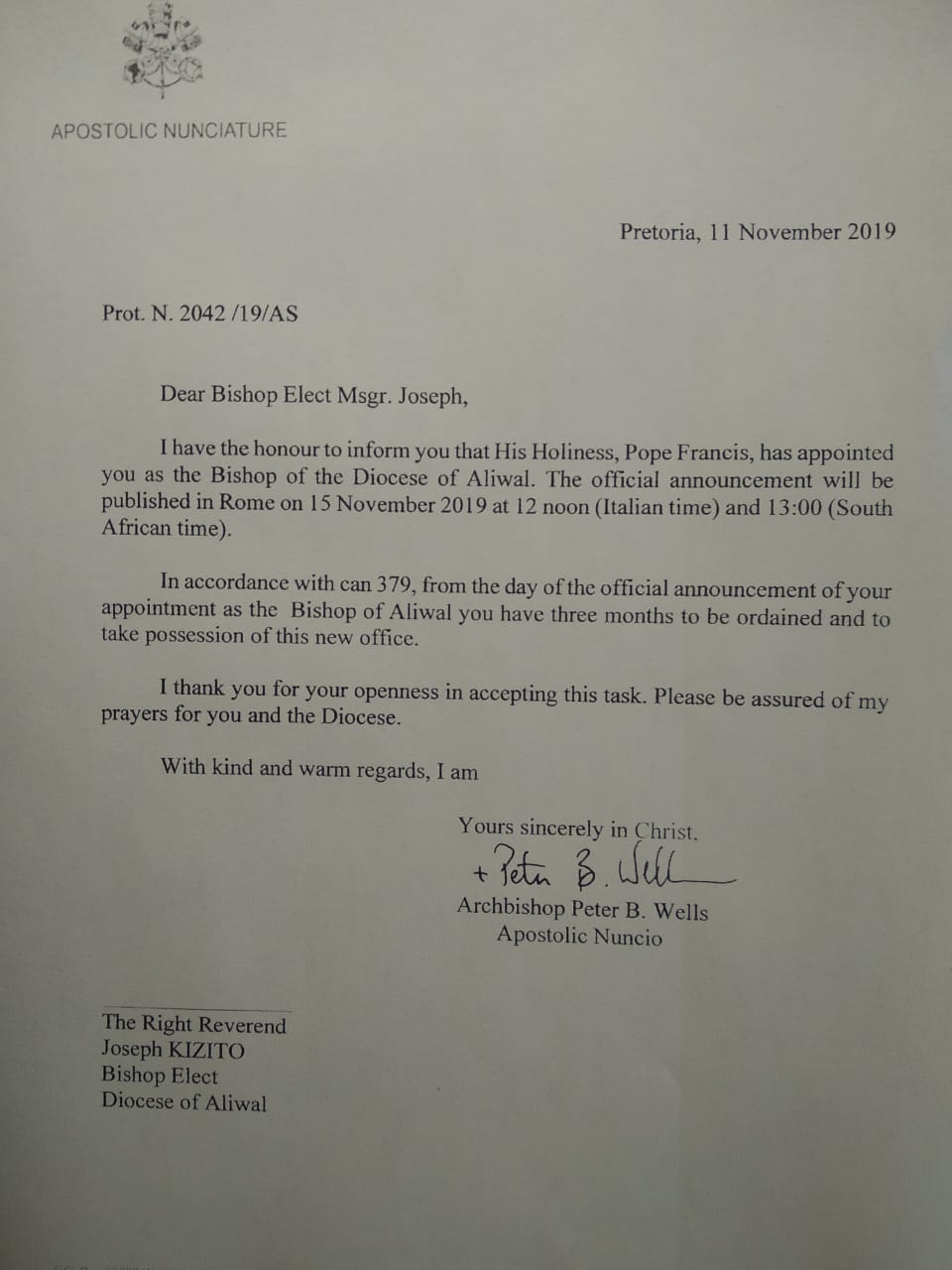