KAMPALA —The Uganda Communications Commission (UCC) has unveiled a new framework for the licensing of telecommunications companies in Uganda.

The new framework, which is in line with the new broadband policy, was launched during a half-day event at the Commission’s offices in Bugolobi last week.

Explaining the rationale of the framework to the top executives of telecoms, the UCC Executive Director Mr. Godfrey Mutabazi noted that the last such review was conducted in 2016. 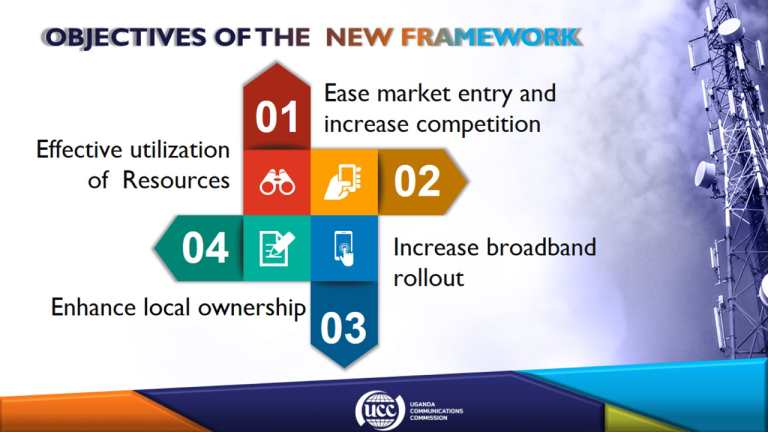 Mr. Mutabazi said the new framework, which has been arrived at after a protracted consultative process, will boost investment in the sector and ultimately improve the quality of telecommunications services.

Highlights of the new framework include a requirement for national telecom operators to float at least 20% of the shares on the Uganda Securities Exchange within two years of acquiring the new license.