Museveni has ran out of lies now – says Bobi Wine

BOSTON —Kyadondo East Member of Parliament Robert Kyagulanyi aka Bobi Wine says that much as the government has embarked on a mission to ruin him financially by blocking his concerts and intimidating his business partners, Ugandans both in diaspora and home are eager to own and support the cause for change.

Bobi Wine on Saturday night held a town hall meeting in Boston, Massachusetts where Ugandans “turned up in hundreds to express solidarity with the cause for a free Uganda.” 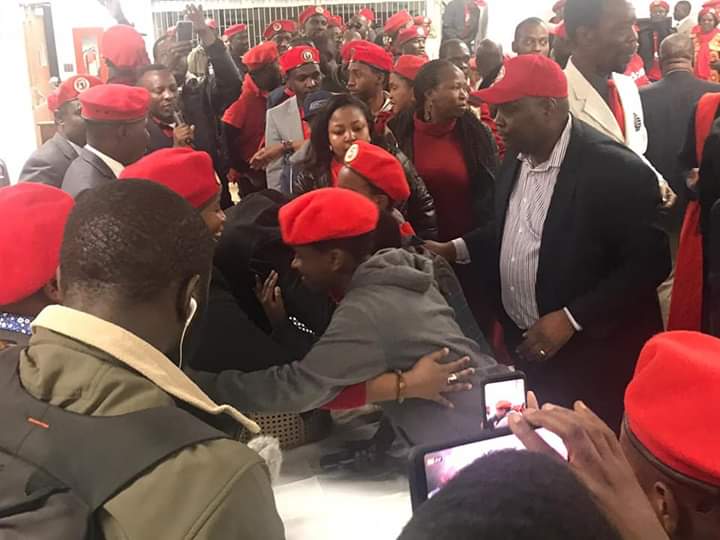 The legislator in a statement on social media said that President Museveni and his regime, having ran out of lies to tell Ugandans, have resorted to branding him and other People Power agents of foreigners.

“Little do they know that this is a cause for our nation,” he said adding that the hundreds of Ugandans who turn up for People Power meetings abroad and support the group financially and logistically should communicate to the regime that this is about People Power.

Security forces have cancelled a number of Bobi Wine planned concerts since he joined parliament in 2017.

President Museveni recently described him as an “enemy of progress in Uganda” using “foreigners to wage war on the country’s prosperity.”

Museveni in an interview with BBC Africa last month said that Bobi Wine went to the U.S and dissuaded Americans from investing in Uganda.

But Bobi Wine says that while Mr. Museveni has blocked all his sources of finances in order to stop him, the people of Uganda both home and abroad shall continue to own and support their liberation struggle.

“This is only the beginning,” he said noting that the people of Uganda- regardless of religion, ethnicity, age or creed, are determined to own this struggle; to support it, and to accomplish it through their effort and sweat.

Schools not ready to open – MPs

ICT Ministry, Swedish Embassy to hold webinar on role of media in electoral process during a pandemic

NWSC commits to servive continuity in Lira amidst flooding