NAIROBI —Kenya First Lady Margaret Kenyatta has underscored the need to accelerate the empowerment of women and girls to enable them to significantly contribute to economic growth.

She said women leaders should explore ways of leveraging their strategic positions to enhance women access to income and healthcare services.

“Empowerment is critical for women and young girls to make a meaningful contribution to our economies,” the First Lady said.

The First Lady spoke on Wednesday at the Kenyatta International Convention Centre in Nairobi where she delivered a keynote address during a high level dialogue dubbed “when women lead”, an event held on the sidelines of the ongoing International Conference on Population and Development (ICPD 25).

The women leaders meeting was aimed at discussing the current ideological framing and political context around women’s rights and gender equality with focus on leveraging the leadership of women to uphold women rights.

The event which was also attended by Rwanda’s First Lady Jeannette Kagame brought together women leaders from all over the world to take stock of what has been achieved since the adoption of the ICPD Program of Action in Cairo, Egypt 25 years ago.

The First Lady said education for girls is an investment that will help address social protection and gender disparity concerns.

She shared her experiences and highlighted Kenya’s achievements in reproductive health, gender equality and women’s rights which is at the core of the ICPD25 agenda.

“As an avid advocate for women and girls, I will speak on the topic of ‘Women Leadership’ through the lens of my experiences in Kenya,” the First Lady said adding that women have distinguished themselves as catalysts of positive change.

The First Lady noted that over the years Kenya has put in place legal and policy frameworks in line with the ICPD platform for action and the Beijing Declaration to advance gender equality, equity, the empowerment of women and the elimination of all kinds of violence against women.

She cited Kenya’s Vision 2030 and the Bill of Rights in the 2010 Constitution as key highlights of the affirmative action in policies and programmes that the country has taken towards empowerment of women and girls.

The First Lady said through her Beyond Zero initiative she has initiated interventions that have helped lower structural barriers to women empowerment across all sectors.

“Our work has required focus in messaging and inclusivity of all stakeholders – public and private sector, the national and county governments, NGO’s and the Media,” said the First Lady. 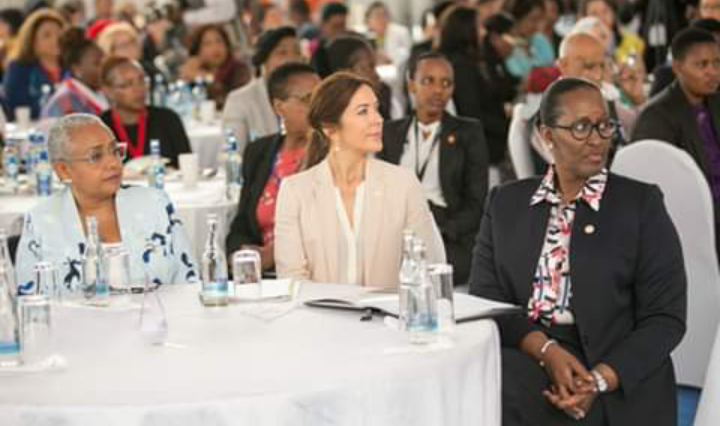 She said Beyond Zero’s push for inclusive healthcare has been critical in reversing mortality and morbidly rates as well as safeguarding gains that Kenya has already made in its effort to achieve universal health coverage.

“HIV prevalence was at a high of 10.5% in 1996 and today we have seen a significant decline in adult HIV incidence,” the First Lady said.

Rwanda’s First Lady said social, cultural and religious as well as structural barriers have continued to constrain women from actively participating in leadership.