It must stop! Gen Elwelu to go after cattle rustlers

KOTIDO —The Commander Land Forces Lt Gen Peter Elwelu has challenged the people of Karamoja region to stop the habit of cattle rustling stock to enable them continue developing and contributing positively to the country.

Mr. Elwelu together with the minister for Karamoja affairs, John Byabagambi were part of the peace and confidence building meeting at Kotido Catholic Youth Centre in Moroto. 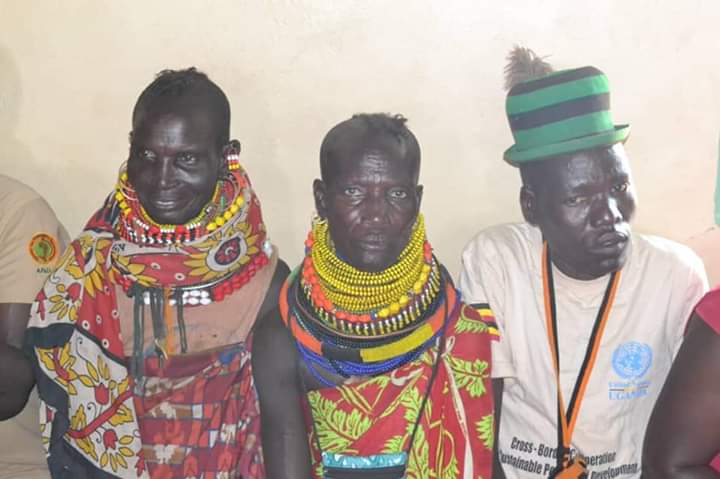 Elwelu in his address sounded a strong warning to those still engaged in this practice to stop forth with.

He said the government will not tolerate any criminality from anyone especially when there is loss of life as is the case in these cattle thefts.

He said that government is not happy about the thefts after all the measures put in place to stop them.

He called upon the people to to join hands with the security forces in order to stop rustling.

He promised to increase the deployment of soldiers for purposes of securing the lives and property of the people.

The minister for Karamoja affairs Hon John Byabagambi requested the Karamojong to tell the truth.

“Truth is very painful and people don’t want to hear it. But it must be told such that problems are handled from the point of truth,”he emphasized.

The minister acknowledged that the spate of thefts experienced in the recent months was an unforeseen surprise which he said should not happen again.

The minister further acknowledged that majority of the Karamojong and Turkana people are good but are overwhelmed by a few elements who promote thefts.

The meeting was also attended by the 3 Division Infantry commander Brig Gen Richard Otto, the second in command Brig Gen Julius Biryabarema among others.