KAMPALA —While officiating at the 10th anniversary events of the FAO-China—South-South Cooperation Programme, Agriculture Minister Vicente Ssempijja has expressed his gratitude to the Chinese people for continuously supporting Uganda and other African countries’ pursuit for economic independence.

Since 1996, he said that China has deployed over 1000 experts and technicians in 25 African countries including Uganda to provide free knowledge in technical areas of irrigation, horticulture, livestock, agriculture, marketing of agricultural products and agricultural
machinery manufacturing.

Among the benefits from the Cooperation, the minister pointed out Kibimba and Doho rice schemes mong others.

Now, he noted, China is doing more to support Africa and Uganda in particular.

“They are working with Africa for mutual prosperity and in win win situation. You can imagine such a good people,” Mr. Ssempijja said.

He said that FAO-China South South Cooperation has had very many direct benefits and has helped Uganda in strategic technical helpline to help increase Agricultural production and productivity since 2011 in the first phase ten year programme.

Mr. Ssempijja also said that China which was at the same level with Uganda at Independence used agriculture to transform her economy.

“We strongly believe that by working with China, Uganda and majority of African countries will eradicate poverty,” he adding that “China has been giving is interest free loans and Grants”.

Mr. Yi Yang, Director General of Foreign Economic Cooperation Center of the Ministry of Agriculture and Rural Affairs of China said commanded Uganda for the exemplary being implementation of South-South Project interventions.

Mr Yanga noted that Africa has immense agricultural potential but sad that its population faces one of the most food and nutrition crises in the world.

He reaffirmed China’s commitment to supporting the continent to enhance the agricultural potential.

Mr. Pius Wakabi, the Permanent Secretary, Ministry of Agriculture, The China Uganda to South-South Cooperation remains one of the major pillar in the bilateral relationship between Uganda and China and continues to be the leading channel through which large Chinese agricultural investments are attracted to Uganda including establishment of high value agro-indutrial parks in various parts of the country.

He said that programme has registered a number of achievements in areas of demonstration and training, capacity development and trade and investment. 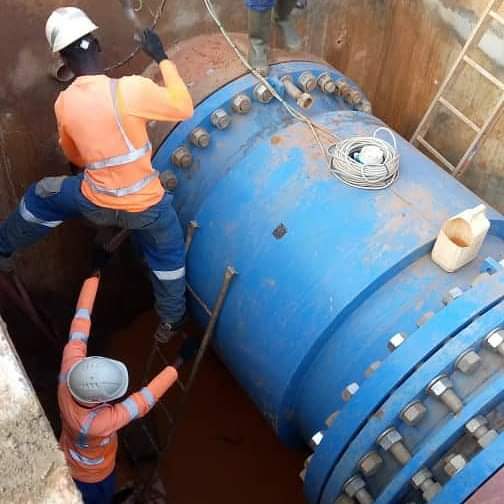