KAMPALA – Opposition leader Dr Kizza Besigye was on Monday evening charging with inciting violence and holding an unlawful assembly before he was granted police bail by Nagalama Police Station.

According to bond form, the four-time presidential candidate is expected to report to police at Kira Division on November 11.

Dr Besigye was arrested for leading a procession of FDC supporters on their way to the party headquarters in Najjanankumbi after police blocked their national assembly at Namboole. 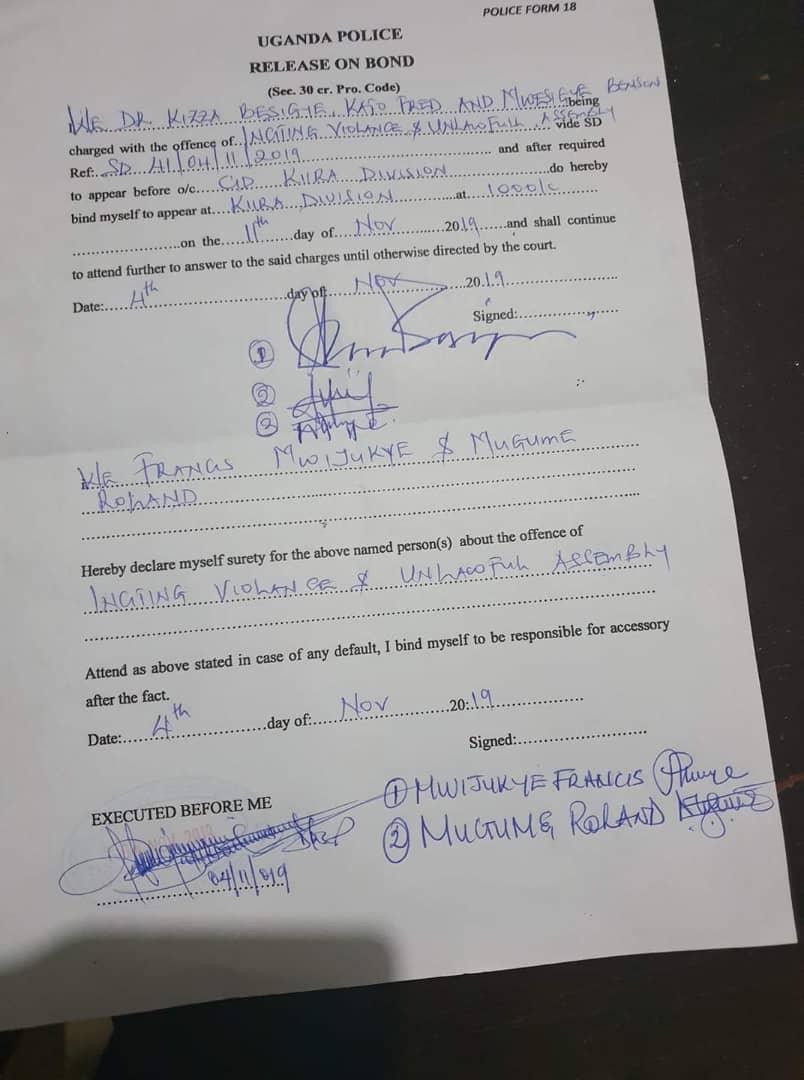 Party leaders were met by anti-riot police trucks as they sought to access the stadium for the meeting where the party spokesman was also to address the press at 11am.

When they were blocked, the party supporters, including Dr Besigye then started marching from Namboole heading towards town as they sought to go to the party headquarters

But police intercepted them and fired teargas, ordering Dr Besigye to get out of his car. When he refused, the cops smashed the windscreen of his car before pulling him out.

They took him to a waiting police vehicle and drove to an unknown destination.