KAMPALA – Uganda Communications Commission (UCC) has ordered telecom operators to immediately suspend SIM card registration with the use of refugee cards and attestation letters from Office of the Prime Minister (OPM).

The telecommunications sector regulator noted that the directive is aimed at beating SIM card registration fraud.

The regulator reacted after an investigative story by Daily Monitor on Monday October 7 ‘Scam rocks SIM card registration’ unearthed the rot in the process.

“The commission has directed all telecom operators to immediately suspend the registration of SIM cards with the use of refugee cards and attestation letters from the Office of the Prime Minister,” reads a notice dated Monday October 7.

UCC says it is formulating stringent procedure with the OPM on the validation process of refugee cards and attestation letters. 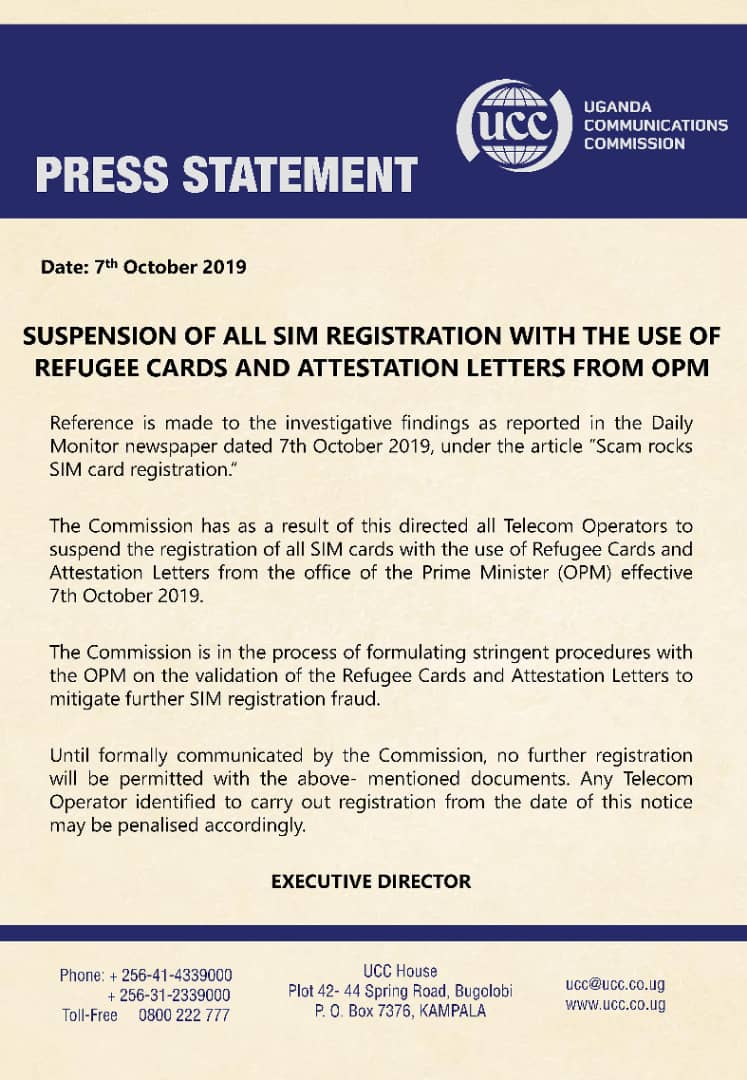 “Until formally communicated by the Commission, no further registration will be permitted with the above mentioned documents,” the UCC added in a notice to all operators.

The regulator also warned that any operator identified to carry out registration from the date of the notice maybe face serious sanctions.

In August, the UCC issued a directive to the Mobile Network Operators, clarifying the change and explaining the SIM card registration process for refugees.

Until the new directive, only the refugee ID cards and attestation letters were accepted but the regulator says it has exposed the country’s security at risk.

Uganda currently hosts over 1.3 million refugees and is the largest refugee hosting country in Africa.