KAMPALA – The Minister of Ethics and Integrity, Rev Fr Simon Lokodo, has said he will institute an ad hoc committee to study the ongoing feud between singer Eddie Kenzo and Sheikh Nuhu Muzaata.

This comes after Kenzo vowed never to perform on a stage in Uganda until outspoken Sheikh Muzaata retracts statements in which he is alleged to have said that the artiste may be gay.

During the visit of Hamza Sebunya to Rema Namakula’s home on Independence Day, Sheikh Muzaata, who was one of the guests, is said to have hit at Kenzo for taking Rema for granted during their marriage.

But speaking in an interview at his office in Kampala on Wednesday, October 16, Fr Lokodo said he had received a letter from a concerned citizen who is demanding disciplinary action against Sheikh Muzaata. The letter was also addressed to the Uganda Muslim Supreme Council.

“Yes, I have received the letter from the concerned person. I had also read about the saga. I am studying the letter and I will work to address it,” Fr Lokodo said.

In a video message posted on his social media accounts on Saturday, October 12, Kenzo said Sheikh Muzaata’s words have caused him untold torture and humiliation.

“I apologise to everyone affected by the ongoing saga but I didn’t mean it. I am tortured by Muzaata’s words and I don’t know how I can get onto the stage to sing for my Ugandan followers,”Kenzo said.

“He should come out to clear the air about what he labelled me. I won’t get onto the stage to sing in Uganda until Muzaata retracts his statements towards me.”

The singer wondered why Muzaata continued to ignore the fact that Kenzo was officially wedded in a religious function with Rema Namakula.

“Unless he is blaming me for not doing the traditional wedding or introduction but for a religious one, the function was done long ago. I am tortured by Muzaata’s words. I have made the decision without being forced that I will never sing on a Ugandan stage until my death unless he retracts his statement,”Kenzo vowed.

The remarks cap a tumultuous week for Kenzo whose former wife Rema introduced Sebunya, leading to public condemnation of the artiste, with many accusing him of taking Rema for granted. 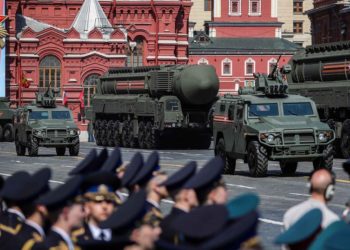