Part of the activities of the launch included a 20 km walk by Officers and Militants of SFC and PPG from Entebbe State House Simba gate to Kasenyi Training School via Entebbe town, Kabale village and Abaita Babiiri.

“Today is the launch of this exercise at SFC headquarters. It must trickle down to Battalions, including all its sub-units,” said Maj Gen Birungi, adding that commanders must ensure routine training and testing of their troops on endurance.

The commander SFC said that physical fitness is an important item in the Standing Operating Procedure (SOP) of SFC and indeed, for all in the military profession. He added that the High Command that sat recently in Entebbe resolved on the reactivation of physical fitness training and tests in all UPDF units because soldiering and fitness are inseparable.

The Commander further said that CFT is important in the UPDF because it not only tests individuals’ physical fitness or endurance but also acts as a check on discipline at all levels of command, enhances combat readiness, encourages team work and brings out individual leadership skills. 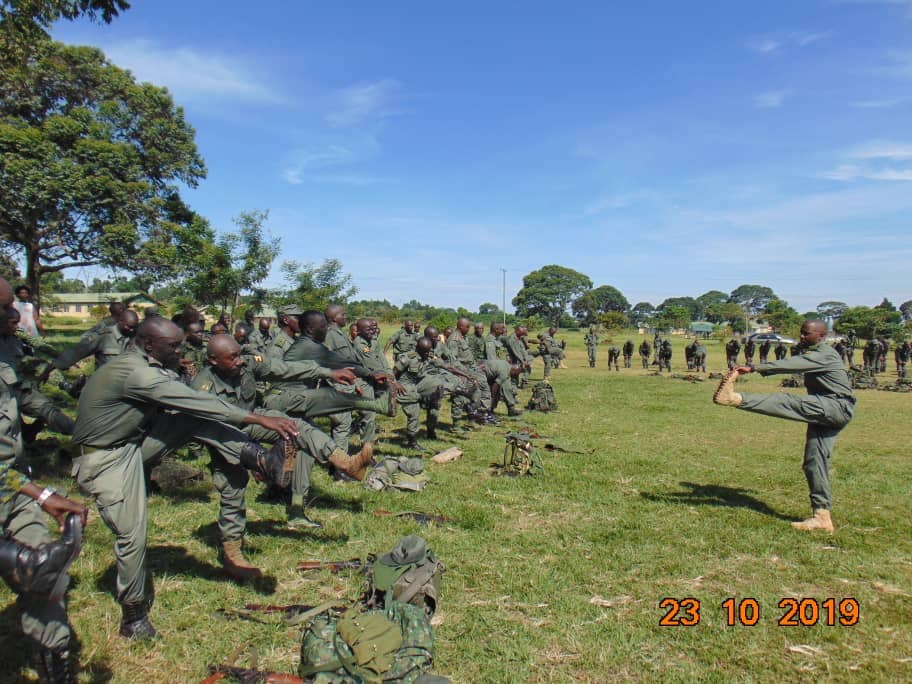 Maj Gen Birungi urged the troops to continue doing individual exercises while examining their self-abilities as a way to improve on their physical fitness. “You need to know your personal physical fitness status in order to aim higher towards attaining a level well above the minimum standards required by our SOPs,” he said.

The function was attended by among others the 1 Special Forces Group Commander, the Director of Personnel and Administration and the Director Strategy and Plans.

Media Evangelising is the way to go – Holy Cross Ministries