KAMPALA — A joint military and police force is conducting a night time raid on Makerere University halls of residences and neighborhoods—brutally, clobbering every student found without identity cards.

Teargas and bullets are reported at Lumumba and Mitchell halls.

A senior lecturer who sleeps at the University told PML Daily that tear gas bombings at Lumumba Hall are prominent.

“It’s coming to midnight and we hear tear gas bombings from sides of Lumumba and other halls. This is serious,” he said. 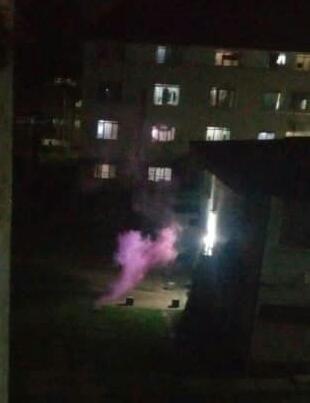 Gun shoots have also been reported in Kikoni near Caltec Academy, Douglas Villa and Kare Hotel.

After botched a dialogue on Monday afternoon, students leaders declared that their stand against tuition would remain unaffected.

NTV Uganda reported that a meeting between Makerere University administration and student leaders aborted minutes after they had assembled in the main building.

It was reported that among the four students’ demands was that the appointed Chair, who was from the Administration side, should not attend the meeting.

And when management representatives entered, the guild leaders started shouting in opposition.

Police officers then entered the room and ushered the administrators out.

It is reported that the military has been dispersing all students’ gatherings that are suspected to be mobilising for continuation of the strike.

The U.S. Mission in Uganda on Monday October 29 warned that the reported heavy-handed response by security services to protests against the proposed tuition increases at Makerere University ” is uncalled for, and is a direct affront to the freedoms of assembly, speech and expression guaranteed by Uganda’s constitution.”