KAMPALA – The International Hospital Kampala (IHK) and its doctor Edrisa Mwaka are in trouble after their client dragging them to court over alleged negligence.

In her lawsuit filed before the High Court Civil Division on September 4,  Ms Munira Jivraj is seeking to recover over Shs77 million she allegedly  incurred as high costs both in and out of the country to get specilised medical treatment due to the permanent injury she sustained during the operative surgical reconstruction carried out on her by Dr Mwaka.

The 55year old states that sometime in the month of January 2018 she fell off a staircase and sustained an operative surgical reconstruction on her right elbow and was admitted at IHK.

Jivraj says that a diagnosis was carried out which confirmed that she had suffered an intro-articular fracture of the right elbow where she sustained a swelling.

According to the court documents Dr Mwaka an orthopedic surgeon at IHK advised that the surgery be done for the reconstruction of the right elbow which he stated that he had carried out several elbow operations.

Jivraj states that the reconstruction was not successful as one of the operative screws being used penetrated the bone and broke through the cortex.

She further explains that a second surgery was also performed by the same Doctor a day after and was discharged on January 7th 2018 yet she was still complaining of pain in the right elbow and the injury had not been rectified.

However, despite undergoing physical rehabilitation and the surgeries, Jivraj says she kept having residual stiffness and pain on her right elbow which prompted her to seek further medical examination with other medical facilities.

The facilities allegedly revealed that she had suffered post-operative supracondylar fracture (pain resulting from the fracture)  with post-operative screws on, post-traumatic arthritis of the elbow with clinical expressions of deformity and restricted range of motion.

Through her lawyers of Verma Jivram, Jivraj is now seeking to recover shillings Shs77.8 million as special damages arising from failure to take proper precautions to avoid operative screws from penetrating the borne and breaking the cortex. 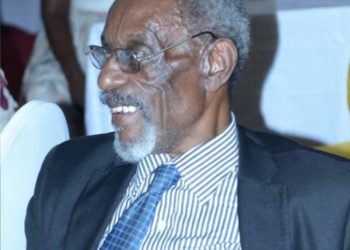