LIRA – Uganda Police Band has on Tuesday 24 opened a branch in the North Kyoga Region as a way to revise its income.

The event which was held at Coronation Grounds in Lira Municipality was presided over by AIGP Asan Kasingye, the Chief Political Commissar who handed over brand new music equipment to the Regional Police Commander, SSP Peter Nkulega.

In his remarks, Kasingye thanked the department of the band for developing the idea, which he said will also play a big role in community policing in the region.

“The purpose of launching this music, dance and drama is to help in all the activities of the Chief Political Commissar, help in the ideological grounding of the public working hand in hand with the police to prevent crime and also deal with ideological orientation of the police officers,” Kasingye said. 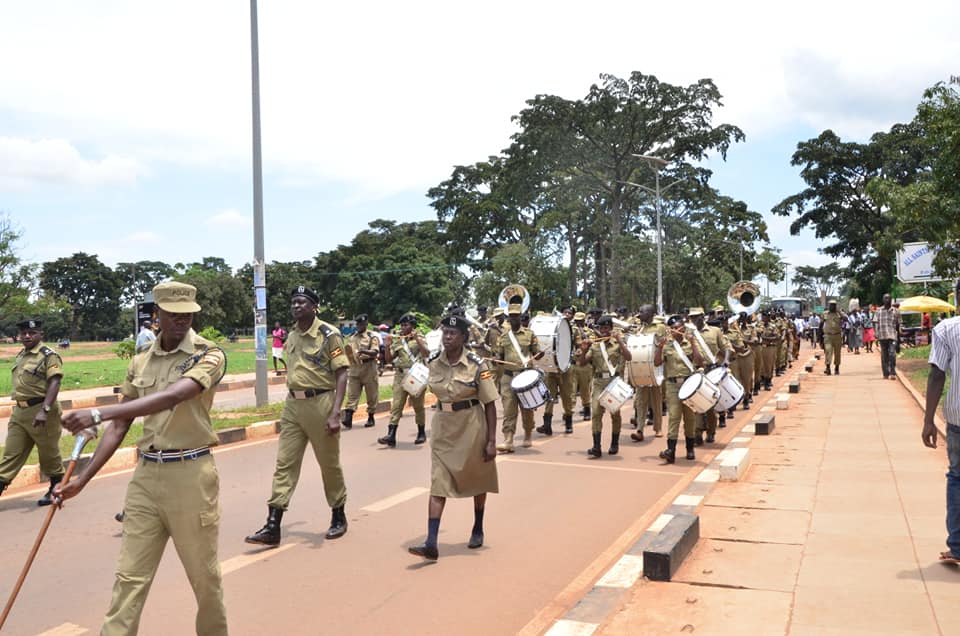 He added, “Also, the band will help broaden and widen community policing. Through the band, we can have a piece of effective information and publication since it’s a tool in mobilizing the public.”

SP Stephen Okwi Okedi, the Acting Commissioner Police Band said that taking band services to regional levels will help reduce on the costs of transportation of band equipment from the headquarters, adding that regional band will offer the same services like the national band.