KAMPALA — Justice David Wangutusi of Commercial Court on Monday dismissed a case in which Bank of Uganda (BoU) claimed that tycoon Sudhir Ruparelia and his Meera Investments Ltd claimed that he fleeced his own Crane Bank Ltd (now in receivership) of UGX397 billion.

In his 22-page ruling that was delivered by the court’s deputy registrar, Mr Festo Nsenga, Justice Wangutusi noted that at the time BoU and Crane Bank (in receivership) filed the suit against Mr Ruparelia and his Meera Investments in January 2017, Crane Bank was a non-existing entity, having been terminated when the Central Bank sold its assets to DFCU Bank in October 2016.

The judge ruled that this rendered Crane Bank in receivership incapable of suing or being sued since there would be no assets to be claimed for.

Court noted that the public notice made it clear that BoU as the receiver had done an evaluation of the respondent (Crane Bank in receivership) and arranged for the purchase of its assets and assumption of its liabilities by another financial institution.

The judge noted that in so doing, the Central Bank had not only fulfilled Section 95(1)(b) of the Financial Institutions Act but had in a way also sold the respondent, albeit that the payment was in kind, by way of exchange of liabilities for assets.

“Interestingly, the Central Bank sold and did away with the respondent on the 24th, 2017, four days after it had been placed under receivership. In my view, after conveying all these assets to DFCU Bank together with the liabilities, including deposits, the respondent was left high and dry with no proprietary interest in any of the assets that had originally belonged to it,” Justice Wangutusi ruled. 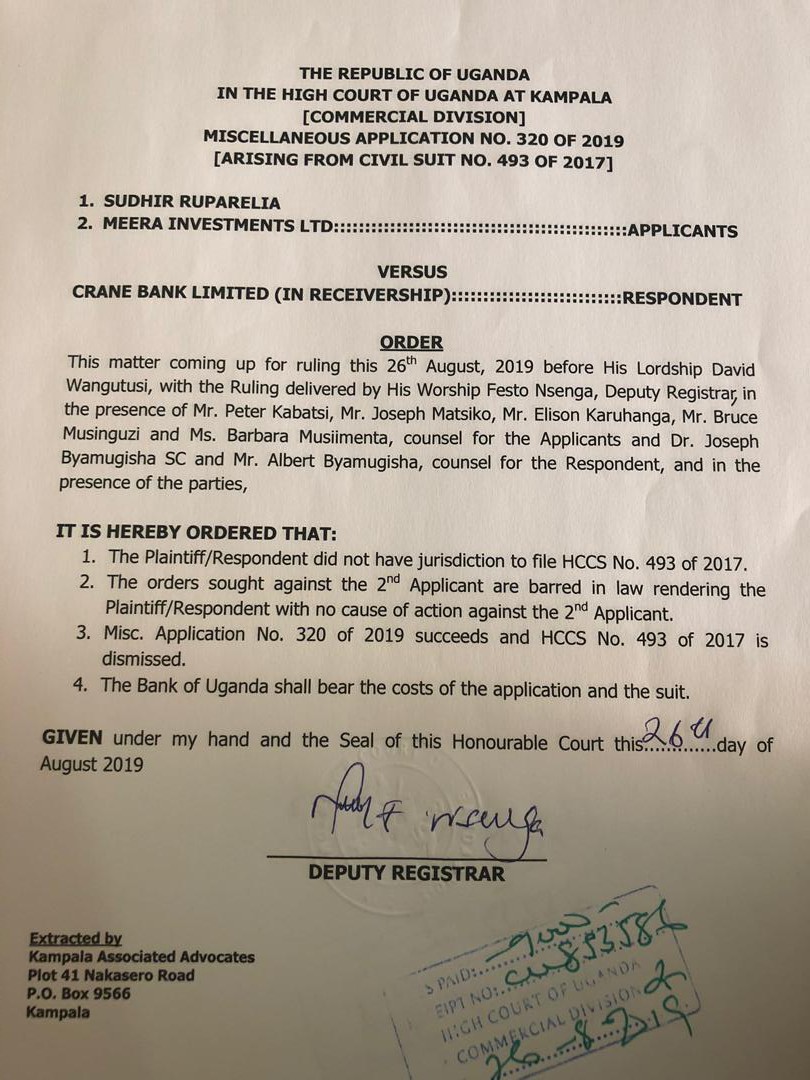 “In my view, the receivership was exhausted with that transfer and conveyance. The respondent, therefore, had no locus standi to file any suit, claiming any property because it had ceased to exist. Nonetheless, the receivership would have in any case expired by now within 12 months from 24th January, 2017,” he added.

Crane Bank (in receivership) had sought a delivery up of the freehold certificates of title to 48 properties comprising the respondent’s countrywide branch network as well as duly executed transfer deeds in respect.

However, the court ruled that the law on ownership of land by noncitizens is crystal clear; non-citizens cannot own land under freehold or mailo and the majority shareholders, being non-citizens, renders the company noncitizen.

“Having found that the respondent is a noncitizen for purposes of the Land Act and the Constitution, an attempt to confer freehold title upon it would be an illegality because the holding of shares by noncitizens prevented them from owning land under the tenure that the Respondent’s/Plaintiff’s prayer in the plaint seeks,” Justice Wangutusi ruled.

While awarding costs of the suit, the court ruled that under such circumstances, the party to bear the costs must be the one who brought the matter to court and at the time of filing the suit, BoU had taken over management. 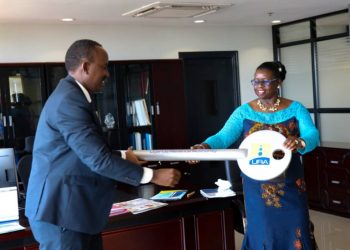