KAMPALA – Justice Andrew Bashaija of the High Court has on August 12, dismissed with costs an application in which retired judge, Anup Singh Choudry had sought to reinstate five leaders of the Sikh Association in Uganda in a defamation case.

Justice Bashaija ruled that Justice Choudry did not make any application for leave of court to serve out of time which rendered his application incompetent.

The Judge explained that the position of the law states that all applications are supposed to comply and the applicant (Choudry) had an option of applying for an extension of time within which to serve but he did not utilize it.

In 2014, Justice Choudry sued the Sikh Association in Uganda jointly with some members of its management claiming that he was defamed and slandered in connection to a December 2013 public notice in which the association indicated that he had no mandate to transact the business or conduct a function on its behalf.

According to the court record, the Sikh Association members, most of whom are in diaspora, were marking their centenary in Uganda and celebrating their icons such as the 100 years of the Sikh temple in Nakasero. 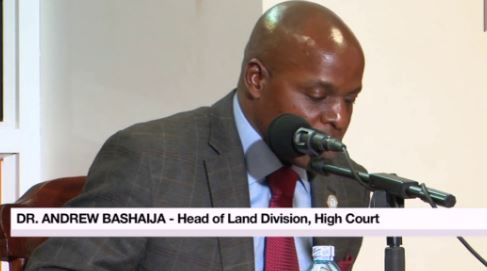 Mr Choudry had initiated and funded the Sikh centenary celebrations together with Posta Uganda but the association management indicated that he is not a member of the community and that he did not hold any elective office or capacity.

The former judge had claimed for damages for slander, libel and defamation as well as wrongful and unlawful interference with his function.

Justice Bashaija said the corporate personality principle provides that the company/association has a separate legal personality from its members.

He explained that applying the same principles to the instant case, was clearly erroneous and legally untenable for the plaintiff (Choudry) to sue the defendants in their individual names as members of the management committee of the company for actions committed in the name of the incorporated association.

You can’t probe yourself! FDC lays into Chief Justice over corruption inquiry in Judiciary

You can’t probe yourself! FDC lays into Chief Justice over corruption inquiry in Judiciary