RUKUNGIRI-The Rukungiri Resident District Commissioner (RDC),Dan Kaguta has condemned religious denominations that preach against medication and education warning them that government is ready to take action against anyone foul playing on the lives of Ugandans.

Mr. Kaguta made these remarks on Friday August 16, 2019 while representing Hon. Maj Gen. Jim Muhwezi as the chief guest during the 15th Annual General Meeting (AGM) of The AIDS support Organisation- TASO Rukungiri Branch. The ceremony was held at TASO offices in Western Division, Rukungiri Municipality.

Mr. Kaguta further implored the infected parents to give birth to the children considering their capability to look after them.

Mr. Kaguta hailed the AIDS support organization TASO for the big role they have played in caring for the sick which he said many of them would have died long time ago had it not been by TASO.

“Am pleased with your efforts. You have helped many Ugandans in accessing free and affordable health services, but I call upon fellow Ugandans who are not yet infected to protect themselves from the scourge because once its contracted, it becomes a lifetime disability,” Mr. Kaguta added.

Rev. Can Joshua Bwebale the chaplain Kisiizi Hospital noted that religious leaders are to recover and console the sick spiritually.

“Our role as church leaders is to console the souls not to demotivate them. We believe God heals sicknesses but also we need to advise our congregations to always seek medical attention from hospitals whenever they are sick,” Bwebare noted.

Mrs. Agnes Kateeba the Center Program manager TASO, Rukungiri decried understaffing at the centre which has crippled some of their activities and failure to hit their targets in delivering health services to the community.

Mrs. Agnes Kateeba the Center Program manager TASO, Rukungiri decried understaffing at the centre which has crippled some of their activities and failure to hit their targets in delivering health services to the community. 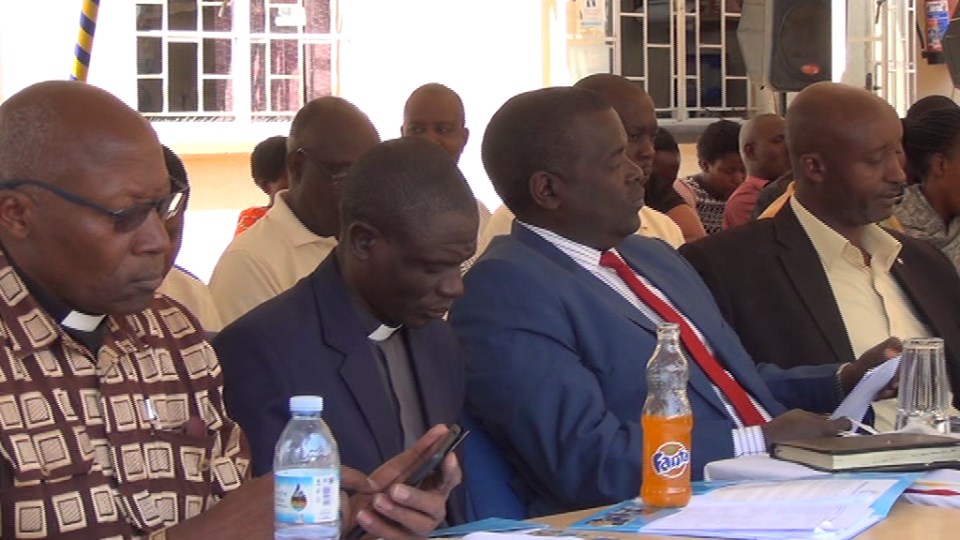 Irene Turyomuriwe an employee with TASO, Rukungiri branch scooped an award for the Best Employee of the Year.

The ceremony was graced by Emmy Ngabirano the Deputy RDC Kanungu District, Charles Andrewson Katebiire LC5 Rukungiri, Jackson Okot a board Member TASO Uganda among others.